Best Panerai Watches You Should Have In 2019 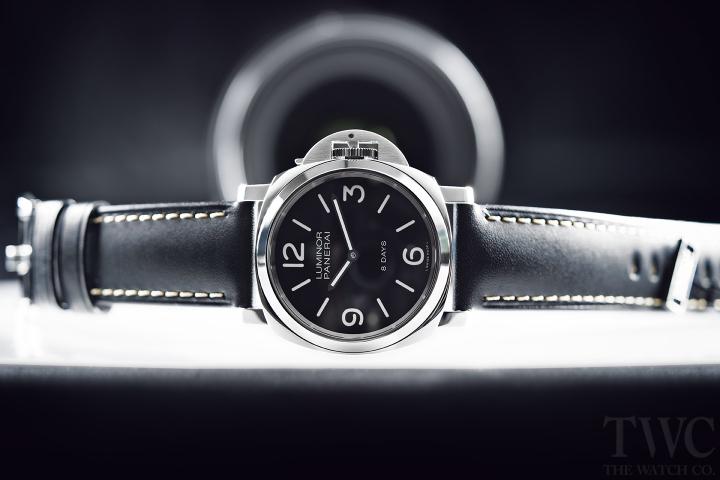 Compared to many other luxury watch brands, Panerai isn’t as high priced like its competitors, and yet it remains highly rated. Officine Panerai or ‘Panerai’ began as a watchmaking workshop in 1860. Despite being one of the oldest watch companies in the world, the Italian manufacturer didn’t produce its first prototype wristwatch until 1936.

Being an innovative watchmaking company, Panerai has been known to design its watches with a blend of traditional artistry and modern technology. As such, its modish and unique aesthetic signatures are highly popular. The Panerai Luminor and Panerai Radiomir are best examples of their highly-praised watch design.

Some of Panerai’s most prestigious models include:

Panerai introduced the Panerai Radiomir 1940 during the 2016 SIHH Show. This watch is distinct from the rest of the Radiomir 1940 collection due to its white dial which features Hindu-Arabic numerals.

Unlike the Luminor collection where the crowns have a trademarked protective guard, the Radiomir has an exposed crown. Apart from its shiny steel case, this watch also features a sapphire crystal display and case back. These provide the wearer with highly precise time-tracking and harmonised automatic movement.

With its self-winding movement, this watch is capable of reserving power for up to 72 hours. In addition, it features a brown hypoallergenic strap fitted with a stainless steel pin buckle for a secure fit.

Panerai introduced the first Luminor Sealand in 2009. This watch’s design was inspired by the ancient Chinese Zodiac. In fact, Italian engravers masterfully crafted the watch using the prehistoric “Sparsello” technique.

During the SIHH 2019, the company decided to use a Year of the Pig design for its eleventh model. Behind its gold-etched steel cover, the watch features a grey dial with Hindu-Arabic numerals, linear hour indicators, and luminous dots.

For exquisite precision, an automatic 31-jewel P.9010 calibre is installed in the watch. This provides the wearer with multiple functions including a movement of 28,800 beats per hour, a seconds counter, an accurate date display, and a three-day power reserve.

The Panerai Lab-Id Luminor 1950 is ideal for those who prefer a watch with a touch of sophistication. Panerai is not only iconic for its extraordinary luminescence. The visible intricate semi-skeletonized movement of its watches is one of its feats as well.

Since the Company introduced the Lab-Id Luminor at the SIHH 2017, the watch has been a conspicuous model for many. This is because of its Carbotech case which is both light and highly resistant to corrosion. Meanwhile, the dial features a deep black carbon nanotube, with a velvety finishing that is highly light-absorbent.

For excellent readability in low-light conditions, this watch also includes luminescent hour indicators and hands. In addition, it operates with a 4-jewel calibre manually-wound movement.

With an hourly heartbeat of 21,600, this watch can reserve power for up to 3 days. In fact, it does so while at the same time performing time-related functions.

If you love the speed of dancing speedo scales, then this Panerai Radiomir Chronograph is for you. Though it has since been replaced by the Luminor Chronograph, this watch is still iconic among men thanks to its classic sporty design.

That being said, most watch collectors list this model’s value at no less than $15, 000 due to its Valjoux 234 calibre. This timepiece is able to multitask after manual winding and provides the wearer with a 50-hour power reserve, speed calculation, as well as precise time and date display.

For diving enthusiasts, the Panerai Submersible Chrono Guillaume is an amazing timepiece whose design connects you with the blue-eyed whales of the sea.

This model features a black titanium DLC case. As you swim underwater, its fitted blue dial glows thanks to its luminous hands and hour indicators.

The Submersible Chrono Guillaume features a unidirectional rotatable Titanium DLC bezel. This helps divers calculate immersion times with ease. In addition, with its Super-LumiNova coating, it can function up to a depth of 300-metres.

This model runs on a self-winding 37-jewel calibre that can reserve power for up to three days whilst offering 28,800 alternations/hour.

As a chronograph watch, the Submersible Chrono Guillaume features a flyback function as well. Thus, its hands return automatically to zero without any action taken by the wearer.

When it comes to watchmaking, Panerai has always been able to impeccably blend its Italian craftsmanship with Swiss technology. As a result, its watches are highly functional while being aesthetically pleasing at the same time.

So what are you waiting for? Grab a Panerai watch now!

If you enjoyed reading this article, why not check out Curation of the Finest Chopard Watches Ever Created.