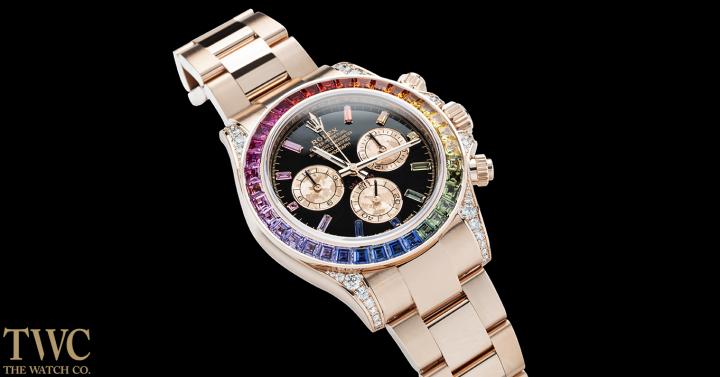 The amount of care and time men give to groom themselves is quite amazing. A whole world of items like luxury watches caters specifically to their fashion needs. The product range that you can go into is simply astounding as it covers a lot of different categories.

But even with that explosion of accessories for men, one particular item stands out — watches! The amount of indulgence poured into making these luxury items, especially gold watches, is unparalleled.

It should come as no surprise that men also give the most amount of time to selecting watches. Whether you’re a guy who wants something cheap or luxurious, having a watch is necessary. This undying demand means manufacturers have catered to it extravagantly and here are examples dripping in opulence.

Rolex is probably one of the most popular brands in the entire world. The amount of respect that this company has in the world of luxury watch brands is simply exceptional.  In this regard, the Oyster Perpetual is a watch that has the most amount of respect in the company itself.

Originally launched in 1926, it’s practically the timepiece that Rolex built its business on. The watch has been around through all the phases of innovation and changes that the company saw. The current watch, Oyster Perpetual is a brilliant watch that consists of the legendary perpetual movement.

It consists of the self-winding mechanism invented by Rolex in 1931 and delivers constant energy to the timepiece. The watch also has a corrosion-resistant steel body and a waterproof rating of 100 meters. It is truly the definition of masculine luxury.

The name of Patek Phillipe is synonymous with luxury watches and it is no surprise that it’s present on our list. The 5270P Grand Compilations is a fine example of masterful watchmaking with matching excellence and innovation. It has a manually wound movement and comes with a perpetual calendar and a rather stylish moon phase indicator.

The watch has a platinum body and an opalescent dial with black numbers. The watch also has two other variants that are just as stunning.

The rose gold variant comes with a gold chain and a black dial with white characters, while the other variant is the platinum version that has the same black dial but with a platinum body and leather straps.

Another masterpiece from Rolex is the Cosmograph Daytona. This watch got its inspiration from the famous Daytona track and its long and star-studded history.

The Cosmograph Daytona captures the high-stakes nature of the sport in a very bold yet classy manner. The watch has remained highly demanded and sought after by Rolex fans globally and is still a motorsport favourite. With that said, this watch is not just about the looks either.

The watch features a highly improved self-winding calibre 4130 chronograph. The company created this much sleeker version by bringing improvements to the original design Chronograph Daytona watch. The result is a much more reliable watch that has a longer power reserve.

Not all watches are created with the general public in mind. This is particularly the case for the Patek Philippe Henry Graves Supercompilation. Wondering why the long name?

Well, the answer lies in the name itself. The watch was not a regular piece. It’s one of a kind. This watch was commissioned by famous banker Henry Graves.

It is called Supercomplication because it has 24 different complications in it. The result is a watch that is large, heavy, and yet extremely beautiful. Valued at $24 million, this watch is indeed among the most expensive watch collections on all watch platforms.

You may find a plethora of luxury watches to go through every single day. But if we talk about ones that stand out among the rest, then a watch needs to bring something unique to the table. Same as the case of this particular watch.

Louis Moinet Meteoris has something no other watch has showcased. The dial of the watch carries a piece of a meteorite on its dial. Given the other four variants, each is from a different meteorite.

The meteorites are Mars, Asteroid, Rosetta Stone, and Moon. Each one has a very breathtaking look on it. A total of 12 watches were made. Each piece is worth $4.6 million.

If that’s not the definition of luxury, then what is?

Sometimes for a watch to gain its value, it’s not necessary to have intangible features. Having a pedigree and a history is certainly a great thing to have, but you can only put so much value on those things. Graff Diamonds Hallucinations watch makes this point crystal clear through its design and yes, as the name suggests, it’s flashy!

The watch is made entirely of diamonds in different sizes and colours. The result is a watch that can definitely cause hallucinations, both in terms of looks and price — $55 million! At that value, it’s currently the most expensive watch ever created.

Buying a luxury watch is never a necessity but a venture based on love. You really need to know what you want because if you want it, you can certainly make it yours. The price won’t matter.