With the latest iteration of its Deepsea model, Rolex has once again proved itself as a brand that is second to none.

The original Rolex Sea-Dweller model was first introduced in 2008 and featured a black dial. Later in 2014, the model included a D-Blue dial variant. Now, with the release of the Rolex Sea-Dweller 126660, the model has received several cosmetic updates and a new movement. 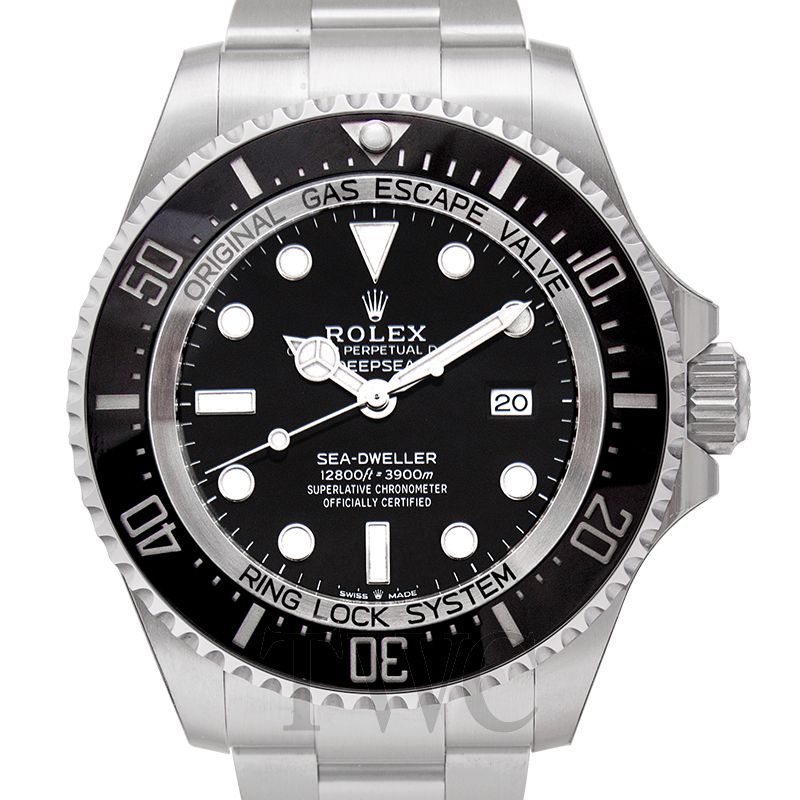 The following are some basic features of the Rolex Sea-Dweller 126660.

The watch’s dial measures 44mm in diameter, and comes with colour variations such as black or gradient blue/black “D-blue.” In addition, its case material is constructed with Rolex Oystersteel (904L). Its bracelet also comes with a glide lock and flip-lock extensions.

The watch comes with a basic functional dial which displays hours, minutes, seconds, and the date. Plus, its hour markers and hands are made of Chromalight display, making them glow in the dark. The watch is also water-resistant up to 3,900-metres.

Now let’s talk about the movement. The watch comes with a 3225 calibre movement with a frequency of 4 Hz (28,800). It is automatic and contains 31 jewels. Its power reserve lasts up to 70 hours. Furthermore, the watch is COSC Chronometer Certified.

Astoundingly, the watch only gains or loses -2 to +2 seconds a day, which goes to show you that Rolex finds it mandatory to be the best.

What Makes The New Model Different? 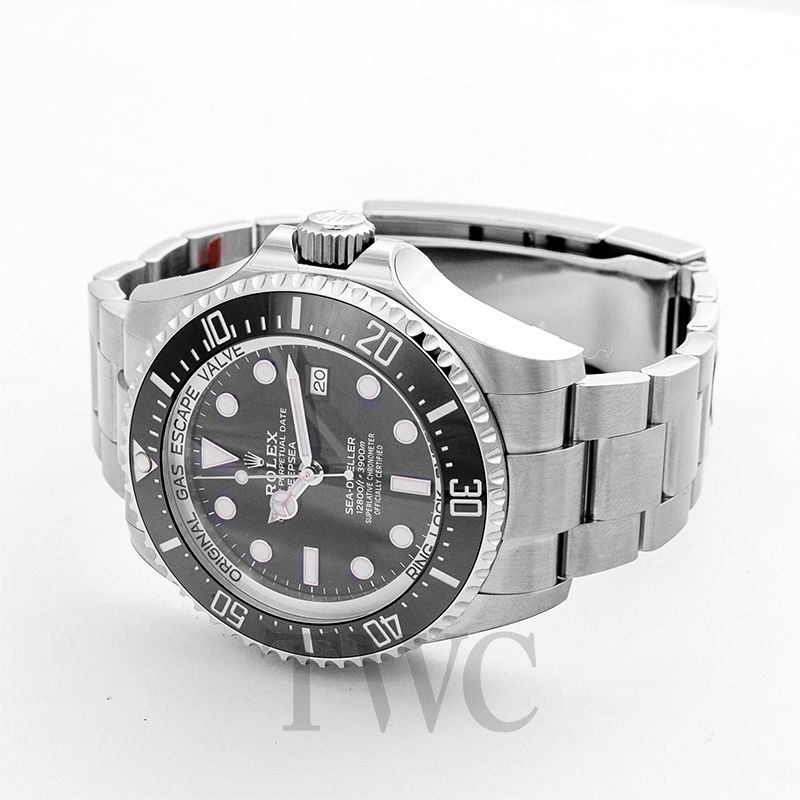 So let’s explore the features which make this watch outstanding.

When it comes to the watch’s appearance, one can best describe it as incredibly alluring. There is a difference with the model’s previous iteration in that the black dial is not identical to the D-blue coloured dial. In addition to the colour difference, another notable difference is the design of the “Deepsea” mark on the dial. On the Sea-Dweller 126660, the size of the word “Deepsea” is smaller and sits just under the “Oyster Perpetual Date” label. As for the Sea-Dweller D-blue version, the text is placed right above the “Sea Dweller” label.

Speaking of the text, one of the Deepsea collection’s most distinct features is the silver rehaut ring around the dial. It contains two labels.

Talking about the texts might sound a bit nerdy. But in reality, it brings out a lot of difference.

In addition to the text, the latest model also features redesigned lugs and a bracelet that ensures better integration with both the case and the updated Oysterlock clasp setup. The Sea-Dweller 126660 is, without a doubt, a huge watch. Its oyster steel case measures 44mm in width and 17.7mm in thickness, offering a tremendous amount of wrist space.

When it comes to its appearance and its mechanism, the Sea-Dweller 126660 is undeniably impressive.

With its 3235 movement, this watch can hold a power reserve of up to 70 hours, a Chronenergy escapement, and anti-magnetic nickel-phosphorus construction. Not only that, but it can also run 15% more efficiently than previous calibres. Thus, it remains the primary choice of many deep-sea divers.

The Rolex’s Sea Dweller 126660 has been given mixed reviews due to its bulky case and eccentric design.

The watch might not have the shiny look of other Rolex models such as the Daytona or Submariner; nonetheless, it stands out for its mechanical updates. Not only that, but it can be worn with professional outfits without being too flashy and without making your wrist look too conspicuous.

This watch is also perfect for exuding a sporty vibe. Plus, its versatility is notable, as it functions well wherever you go.