Watches and films have had a long, colourful history together. From James Bond to Apollo 13 and Apocalpyse Now, great watches have made cameos and even had their own fans in blockbuster movies. One of the recent most talked-about watches in films just before the pandemic hit is John Wick’s watch.

That’s right. Keanu Reeves shares the spotlight not just with a puppy but also with a now-iconic John Wick Watch — in particular, the Carl F. Bucherer Manero AutoDate.

John Wick is the name of the protagonist in the film, played by A-list actor Keanu Reeves. An orphan who was taken in by Russian Mafia, the deadly Tarasov Crime Mob, Wick was raised as an assassin. He is ruthless and very good at what he does, which earned him the nickname, the Boogeyman.

At the start of the movie, John Wick is shown as already retired from the mafia and was married. Unfortunatley, the love of her life died of cancer. But before his wife, Helen, died, she arranged for him to have a puppy to keep him company. Wick, of course, developed an affinity towards the dog. They would go on rides on his other life of his life, a vintage Mustang.

One day, in one of their rides, they encounter a group of men who see them with the Mustang and plan to steal the vintage car by hook or by crook. That night, the gang breaks into John Wick’s home, forcibly takes his car, and kills the puppy and injures Wick in the process.

As you must’ve already guessed, revenge is the biggest premise of the story. It is action-packed with stunt action designers David Leitch and Chad Stahelski at the helm, who directed the movies.

Up Close with John Wick Watch

Now, let’s take a look at the other protagonists in the films — the watches in John Wick movies. The prominent timepieces in the films are from Carl F. Bucherer.

In John Wick films — more prominently in John Wick: Chapter 1 — you’ll see the suave Reeves sporting the Carl F. Bucherer Manero AutoDate throughout the movie. From playing with his puppy to having it laying down by his bedside table to digging up his stashed guns to get ready for revenge, and all throughout the fight scenes — the Carl F. Bucherer Manero is visible in the whole movie! No wonder both fans of the film and the watch brand went all agog when the first franchise came out. Everybody wanted the John Wick watch!

What you’ll notice in the movie, however, is that Reeves wears the watch on the inside of his wrist. And there’s a perfect explanation fot it. According to Chad Stahelski, who co-directed the movie, John Wick wears his watch that way to protect it during his fight scenes. Much like the soldiers do when out in combat.

Inspired by the classic dress watches in the ‘60s, the Carl F. Bucherer Manero AutoDate — which Keanu Reeves as John Wick wears in the films — gives you the essential information you need at a glance: the time and date. It comes in a 38mm stainless steel case with an elegant black alligator leather strap. As classic dress watches go, this John Wick Watch is only 8.75mm thick — a perfect accessory to your tuxedo or a black tie suit. 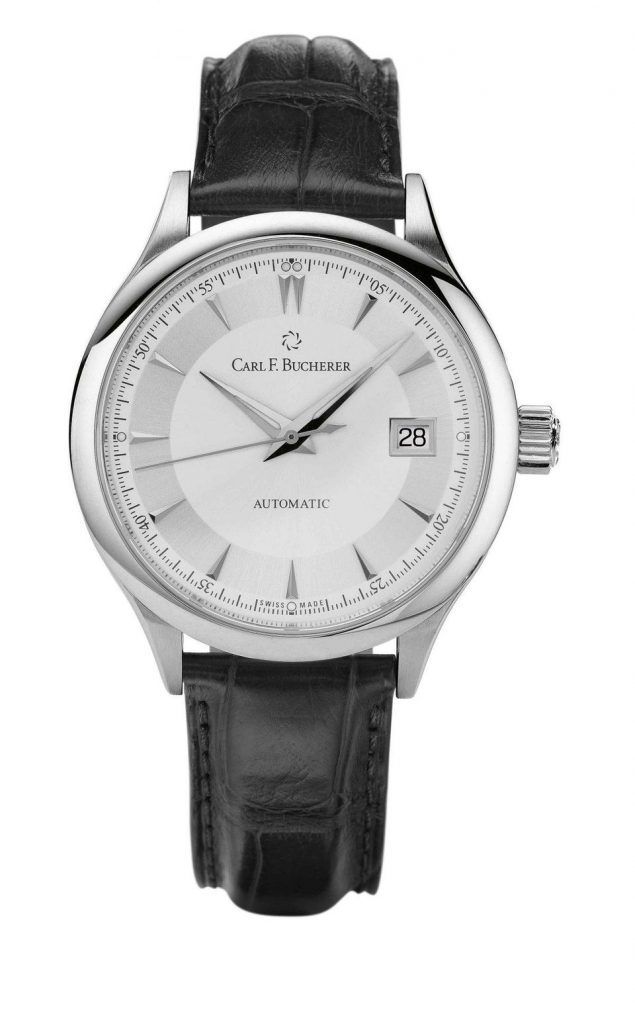 What’s more, it has the most elegant white dial you’ll ever see, featuring  silver-tone luminescent hands and index hour markers. Besides the logo and the word ‘Automatic’, there’s only a date window at 3 o’clock adorning the minimalist dial. Protecting the dial from all the fight scenes in the movie is a scratch-resistant anti-reflective sapphire crystal. It is powered by the CFB 1965 calibre automatic movement with a power reserve of 42 hours — you can admire the mechanism through its transparent sapphire caseback. The watch is also water resistant to 30 metres.

Halle Berry plays the character of Sofia in John Wick: Chapter 3 – Parabellum. A veteran assassin who owes John Wick a favour, she helps him fight the bad men in the movie. Both of them love dogs, as Sofia always has two Belgian Malinois hounds with her, not just as pets and companions but as deadly guards as well. 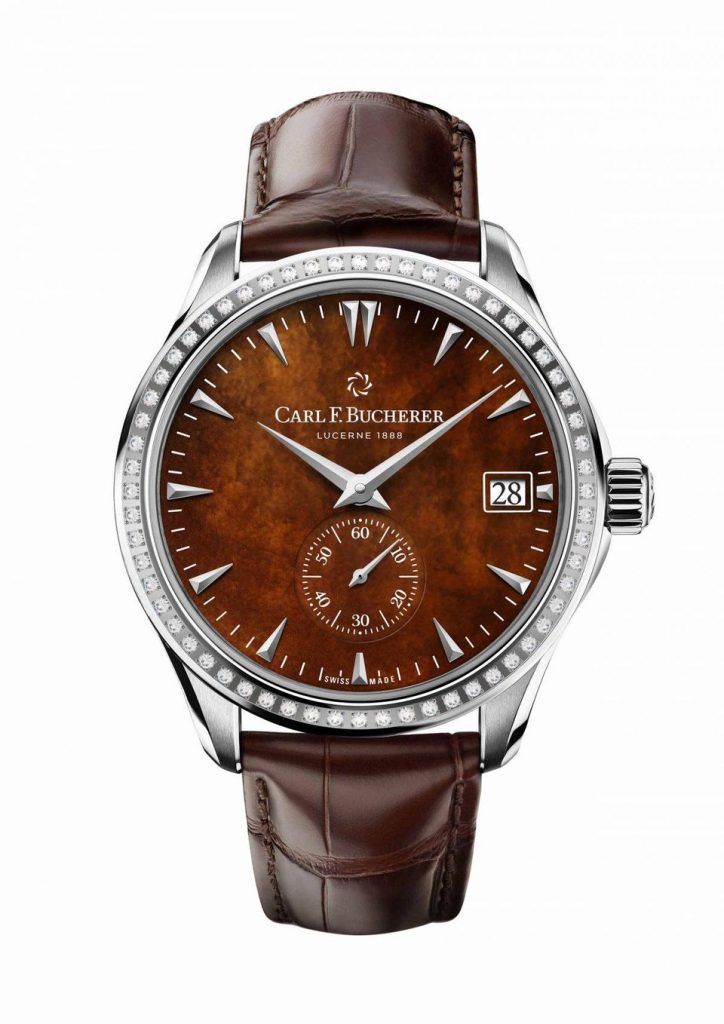 Sofia epitomises femininity and dexterity, much like her favourite watch — the Carl F. Bucherer Manero Peripheral. The subtly elegant watch boasts 60 diamonds on the bezel and runs on the automatic CFB A2050 manufacture calibre, perfectly combining soft and feminine details and potent mechanims.

The watch doesn’t come dainty nor ultra-lady-like. In fact, it features a 40mm stainless steel case and a brown leather strap — it is considered huge for a woman. Its matching brown mother-of-pearl dial displays a small-seconds sub-dial at 6 o’clock and a date window at 3 o’clock. It has silver-toned hands and index hour markers, with only the diamonds on the bezel giving a tell-tale sign that it is a woman’s watch. Given Halle Berry’s character in the movie, this watch simply suits her — powerful yet feminine.

John Wick Watch: Get to Know the Brand

From artistic product placements (cue: bedside table) to creatively incorporating the watch into the storyline (cue: checking the time during fight scenes), Carl F. Bucherer knows how to do it right — without the scenes looking like forced advertisements. So much so that John Wick Watch actually gains his own followers.

Founded in Back in 1888 by Swiss businessman Carl Friedrich Bucherer, the eponymous company has more than 130 years of watchmaking experience under its belt. The fact that the company is one of the few remaining Swiss watch manufacturers that is still owned by its founding family tells a lot about its rich heritage.

Through the years, Carl F. Bucherer stays true to its watchmaking legacy, which is deeply rooted in Lucerne, Switzerland. It is known for its minimalist yet powerful watches that withstand the test of time and trends. Classic and elegant in aesthetics with cutting-edge technology, its watches epitomise the brand’s fine watchmaking heritage and expertise.

Although you may say that Carl F. Bucherer is relatively a newbie when it comes to collaborating with blockbuster films compared to say, Omega or Hamilton, you can’t deny the fact that it has one of the most successful film collaborations to date — not only in terms of marketing but also in the way it is able to show the watches creatively in the entire films.

While you’re here, get to know one of the most iconic dive watches in the world: the Blancpain Fifty Fathoms.