Tudor Pelagos or Rolex Submariner: Which Dive Watch to Get?

Orient Mako: Everything You Need to Know About the Affordable Diver

If someone tells you that they’ve never heard of Rolex, then they’re probably not from this world. But if they tell you that they know about Rolex but can’t distinguish between the Rolex Explorer II and the Rolex GMT-Master II, then it is probably more understandable.

Due to its close similarity to the GMT-Master II, the Explorer II initially experienced poor sales in the marketplace. As a result, Rolex decided to give the model some modifications. Thus, the Explorer II has gained some prominence and has been sported by public figures such as Prince Harry and Steve McQueen.

For a better perspective, let’s conduct a thorough Rolex Explorer II review. Then we can understand why people have come to like this Rolex watch so incredibly.

Like other Rolex models, Rolex Explorer debuted in the early ‘50s with inspiration from the famous Everest climbers. After the original Explorer II 1655 showed poor sales in the market, the renowned Swiss watchmaker decided to take action. Throughout the years, the company has improved the design and functionality of this watch to make sure it can counter extreme conditions. 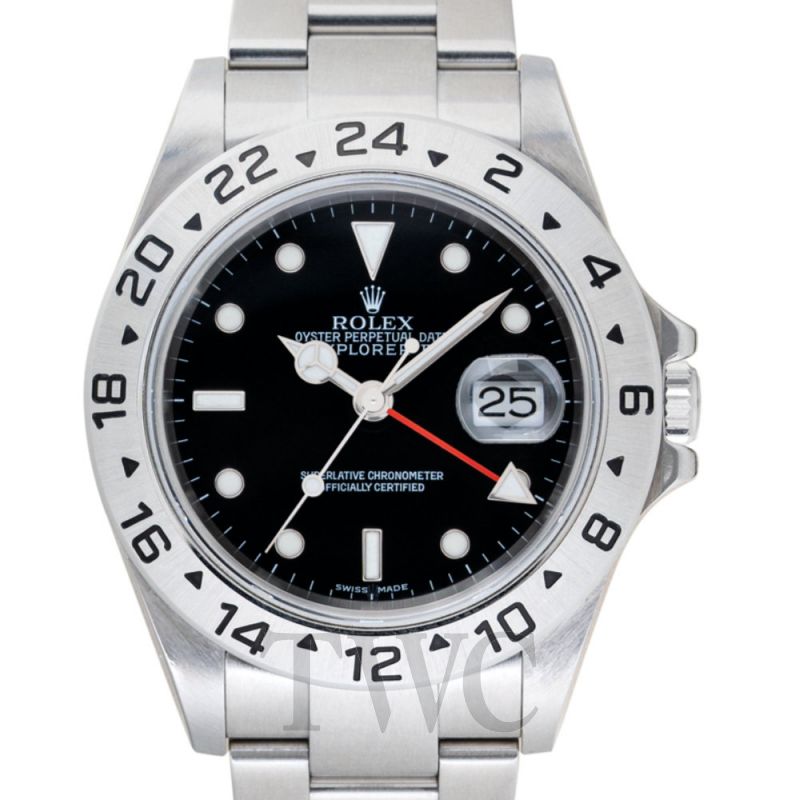 Initially, the Rolex Explorer II 16570 only featured a black dial and a red second hand. This was because of the company’s concerns about the model’s sales which seemed to be affected by its counterpart, the Rolex GMT-Master II.

Since its discontinuation in 2011, the Rolex Explorer II 16570-0002 has one of the most sought-after Rolex watches. In fact, it has become a popular model for many watch collectors.

With the intent of helping explorers in their expeditions, Rolex designed this watch’s outer casing with sturdy Oystersteel. This 904L steel casing enhances the watch’s durability since the material is highly resistant to corrosion. On top of the tank-shaped case, the watch has a round 40mm bezel with 24-hour calibrations to enhance readability in dark environments.

For lovers of simplicity, the black Rolex Explorer II houses a matte black dial with slim Tritium markers and Mercedes hands. This is actually one of the last Rolex watches to include Tritium luminescence, which has since been taken over by the Luminova beginning in the late ‘90s.

For functionality, the Rolex Explorer II Black Tritium runs using a 31-jewel Caliber 3185 self-winding movement. This enables the watch to display highly precise time and date. Around 2005, this movement was replaced with the 3186 for a better exploration experience. 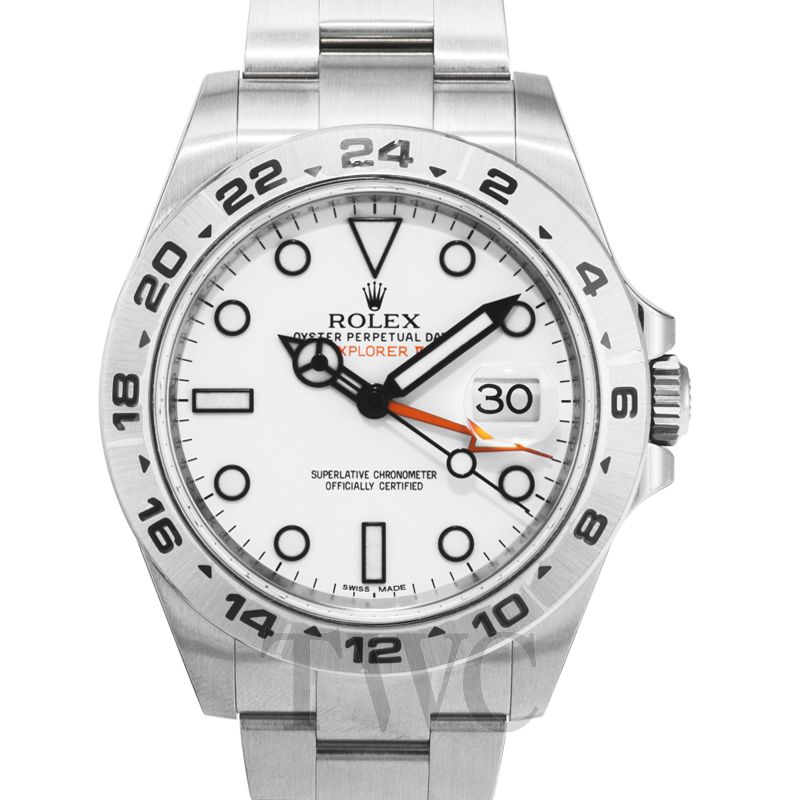 If you happen to be a staunch fan of Rolex watches, you might have noticed how the Rolex Explorer II 16570 has transformed throughout the years.

At Baselworld 2011, an “updated version” of the aforementioned watch marked its presence on the stage. This watch turned out to be well-received thanks to its extended case size and its orange second hand. For a new collector of Rolex watches, the Explorer II Black Tritium and the “Orange Hand” models might seem similar.

Rolex introduced this watch to carry on with the legacy of the discontinued 16570. This watch features an Oystersteel casing measuring 42mm. The original model’s 24-hour bezel calibrations have been retained, thereby guaranteeing explorers high accuracy of time during expeditions. This can include places such as deep cave depths or even the Polar Regions where the sun never sets.

On its inner casing, the Rolex 216570 features Chromalight Maxi hands and markers on the matte black dial. Its second-hand is coloured in orange while the other two hands are coloured in silver. Unlike the 16570 model, this watch’s Chromalight coating consists of long-lasting bluish luminescence.

As part of the post-2005 collection, Rolex Explorer II 216570 has the notable “Rolex Rolex Rolex” etching and its serial number sits at the 6 o’clock area. These features were introduced by Rolex to help against counterfeiters.

To always ensure preciseness of time, the 42mm Rolex Explorer 2 watch includes an automatic calibre 3187. Moreover, this model can reserve power for 48 hours minimum. It also provides an instantaneous date display at the 6 o’clock position, just like the Explorer II 16570.

To guarantee a fine and comfortable fit, the black Explorer II 216570 features an original Rolex bracelet made of 904L Oystersteel. Thus, it is highly durable and resistant to corrosion, including seawater.

Additionally, this watch’s bracelet has a folding Oysterlock safety clasp alongside an Easylink Comfort Extension Link. This helps the watch remain attached to your wrist safely, without any unnecessary opening. It also allows you to adjust the bracelet to fit perfectly, particularly during diving and hot seasons.

Each of the two Rolex Explorer II versions has its own twin brothers. Both have the same functionality, but with a distinctive white display.

The Rolex Explorer II 16570 has not been in production since 2011. As such, the marketplace no longer offers new versions of it, unless they’re counterfeit. However, that doesn’t mean it’s no longer up for purchase. In fact, you can view authentic pre-owned models in good conditions at some trustable stores.

Unlike other luxury watches that tend to lose their value with time, Rolex watch prices have remained steady like a bottle of wine whose worth grows with time. As such, the wristwatch is a highly valuable item to have in your wardrobe. After all, it can serve as a resourceful investment whilst topping your flair with exquisite splendour.

After reading this article, why not discover Best Skeleton Watches from Hublot.