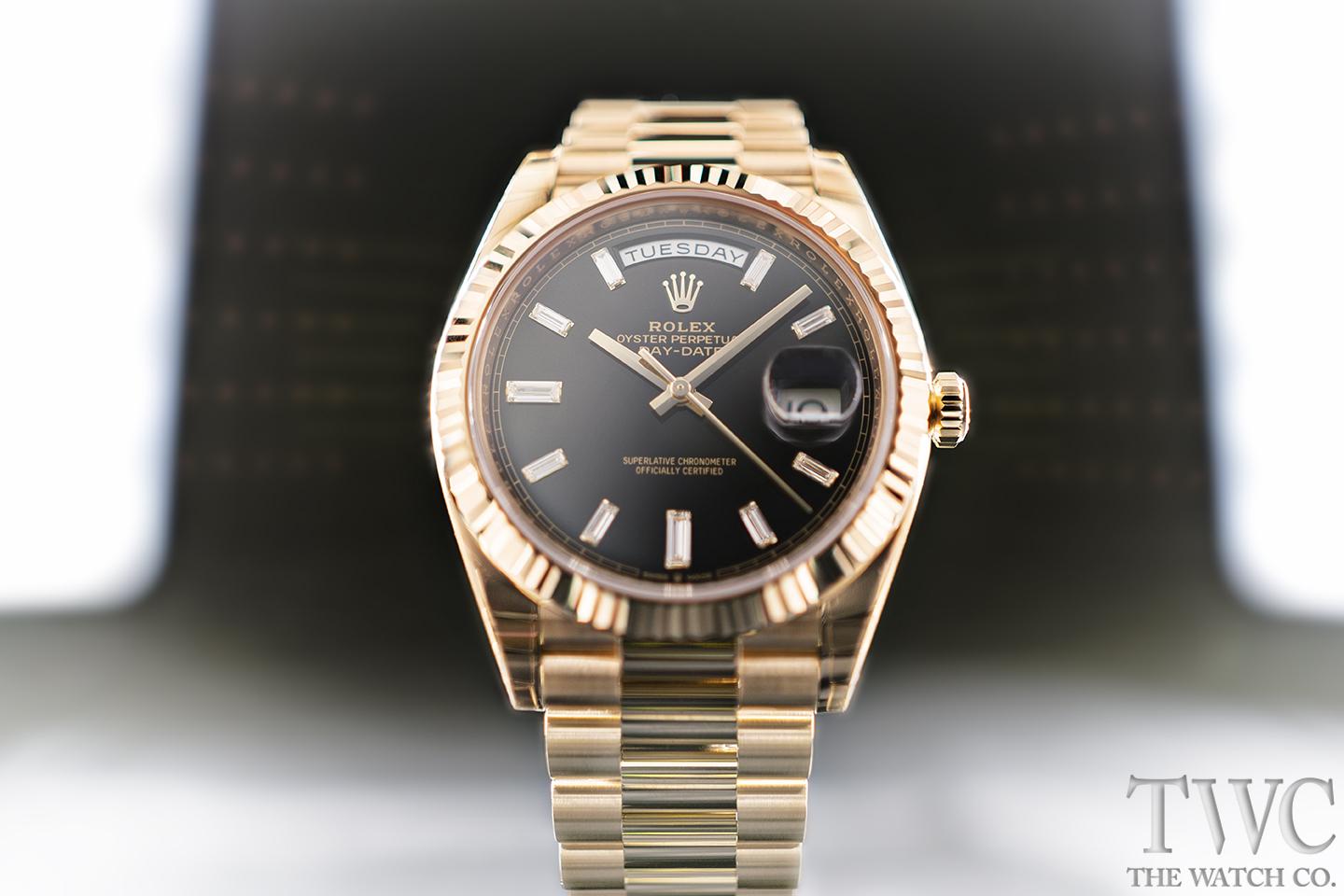 Rolex is a company popular for its incredible reach in every corner of the globe. Every watch they create is important in people’s eyes and the Rolex President Day-Date is probably the highest preference. This level of importance is only present when there are important people adorning the watch. As you will learn, this watch has wrapped itself around the wrists of several important people. These include politicians, presidents, and many more special personalities. Apart from current famous figures, a lot of historically important people also adorned this watch including Churchill and Eisenhower. Given the prowess that Rolex carries in terms of watchmaking, it is easy to understand why all these important people chose to put Rolex watches on their wrists. The Rolex Day-Date name was popular for quite some time and did sell a lot of watches.

Why Is Its Name the President?

It is no secret that this watch’s official name is not Rolex presidential but is actually a small series of day date 34 or day date 40 watches. The only part that refers to the presidency in any circumstance is the bracelet of the watch. The bracelet’s official name is presidential bracelet and it has a set of three characters. It comes in gold as well as platinum and is one of the finest bracelets in existence. However, the name of the watch comes from the fact that a lot of famous presidential figures have worn this watch. People believe that Eisenhower is the first president ever to wear this watch. In addition to that, presidents including JF Kennedy and Johnson also wore this watch. It has found its way into the modern-day lineup as well with Donald Trump and Dick Cheney also wearing it.

Of all the watches ever created, not just by Rolex but by the entire watch industry, the Rolex Presidential watch is the easiest to recognize. It has a look that is unlike any other watch ever. There are multiple variants of the watch but the most popular is obviously the all gold look. The solid looks created by the singular shade are overwhelming and nostalgic at the very least. The bezel of the watch has a fluted look and creates a nice contrast against the overall smooth finish of the watch. As far as the bracelet is concerned, it is probably one of the best watch bracelets ever. The links are extremely well bound and give a very comfortable wearing experience. The most attractive part still is the gold dial, of course, roman numerals for hour markers except at 3 and 12 o’clock showing date, and the legendary full day, respectively.

The chain closes using a special clasp that is in the shape of the company crown and gives a rather secure grip. In terms of feel, one may find the Rolex President watch to be a small timepiece as compared to today’s standards. The 36mm case size is definitely noticeable against the post 40mm sizes we are now used to. However, the watch build is so solid and the weight is so significant that it feels sufficient immediately upon wearing. The Rolex president watch also has a sister design with a champagne-colored dial which is also very popular. It is a common fact that this watch is not for people who are trying to be inconspicuous. The watch commands a glaring beauty with an instantly recognizable design. So, if you do not want to gain public attention, then you should avoid wearing it in public.

We will only be discussing the movement that Rolex Day-Date is currently shipping with. The watch has a Calibre 3255 movement and it is one of the most advanced features in this watch. It is already clear that this movement is capable of changing the day instantaneously. But that is only the beginning of the functionality. The biggest achievement by far in terms of this mechanism is its ability to show accurate time. However, we don’t mean just any ordinary level of accuracy that most watches have. This watch goes beyond all expectations to be as accomplished as possible. The movement is twice as accurate as a typical COSC standard that all Rolex watches adhere to no matter what. In addition to that, the watch has a lot of other innovations as well like a new escapement, the signature Parachrom hairspring, and other overall cards.

The watch also features a very good power reserve option of 70 hours. This value is more than 50% higher than the one in the previous movement. The date and day chronometers switch values instantly too and are also a major feat of engineering in themselves. Apart from all these, the watch has almost nothing else on the dial except for the inner bezel recording the word “ROLEX” circling the bezel repeatedly.

A watch made for the future

One look at the Rolex presidential watch and you immediately recognize it to be a timepiece made to be used forever. The history of this watch alone is sufficient to intimidate and stave off anyone who is not a fan. The evergreen and beautiful look of the watch is still the way it was all those years ago. The fact that there are so many famous people still choosing this watch as their preferred timepiece of choice tells a lot. We do feel that this is the kind of watch that will stay and hold its ground even after a thousand years have passed. The fact of the matter is that this is a watch that creates the perfect sense for anyone looking for a watch with historical importance. There is nothing more important than famous country presidents being the users of the same watch at some time.

Being a part of this club is certainly prestigious and it should be, given the fact that it is not only one of the best men’s gold watches, but also among the best Rolex watches for men.