The Rolex GMT naturally comes to mind when you think of a travel watch. Rolex originally designed the watch for Pan-Am pilots and crew members. Over the years, the Rolex GMT has found its way to the wrist of the big leagues in the world. It became popular when the likes of Eric Clapton, Fidel Castro, and Pablo Picasso took an interest. Rolex GMT is the watch of the special breeds. The reason for the high interest is obvious. It has all the features that appeal to the just about anyone. People also associate a level of emotional attachment to it. 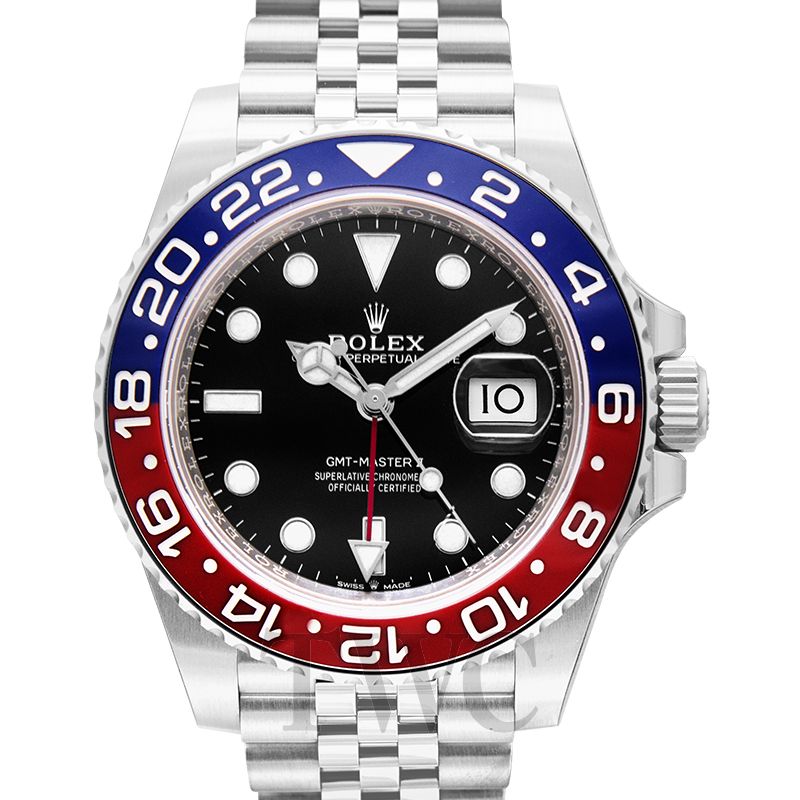 How it all started

In the 50s, it was all glam to travel through the air. At this period, Pan-Am international airline was a leader of the aviation industry. The airline catered for only the best in class icons. People knew the airline for its exceptional swanky lounges, mid-flight cigarette breaks, and pin-up stewardesses. Nothing was like it. It was absolutely glorious.

However, the company discovered a serious need. Pilots and crew members found it hard to adjust to the time zone. This is understandable especially when you consider the number of hours spent on air. The crew gets disoriented because they are in a totally foreign destination. In addition, the language is different, and they have to deal with the sudden time change. Pilots and crews felt the impact more because their jobs involved swinging between many time zones. To deal with this, Pan-Am went into a partnership with the iconic brand, Rolex. Pan-Am asked Rolex to design a watch that has the capacity to track the time at both the city of departure and destination. And this gave birth to the Rolex GMT-Master! 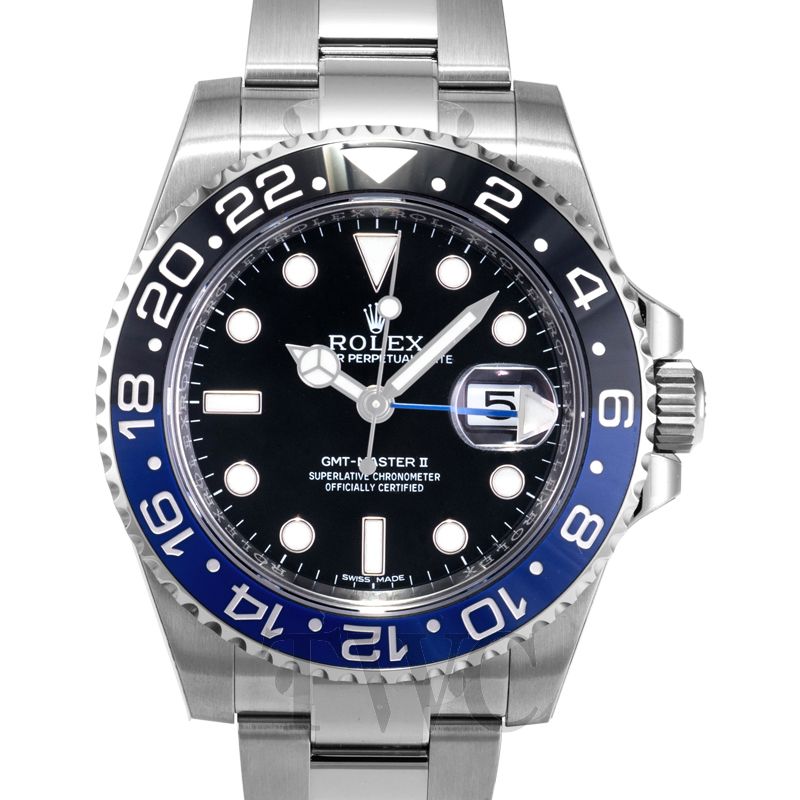 The Stylish Design of Rolex GMT

The Rolex GMT stormed the world with its bold blue and red bezel in 1955. It is important to mention that the red and blue bezel gave rise to the nickname of the watch, ‘Pepsi’. Shortly after, Rolex introduced a model with red and black bezel, which targeted the more modest fashionista. Die-hard enthusiasts also gave this new model a nickname, ‘Coke’, because of its color.

Sometimes later, Rolex introduced the solid black bezel for the conservative professionals who live and breathe the boardroom. Essentially, the GMT follows the Rolex lineage of tool watches. It became another exclusive ‘tool’ timepiece. Overtime, it functions optimally as both a ‘tool’ and a fashion statement. No doubt, Rolex designed the GMT for air travel just as they designed the Submariner for 100 meters underwater travel.

Rolex worked with the brief of Pan-Am to create a special watch for time-warped travelers. They came up with the perfect solution with a touch of elegance and glam – Rolex GMT. The watch spots the customary hour, minutes, and second hands. Well, don’t think that’s where it ends. Something sets this watch apart from the rest of its clan. It has a fourth hand. The fourth hand is set specifically to Greenwich Mean Time (GMT). Suffice to mention that the GMT is the standard that they measure other time zones against. Its bezel also rotates in such a way that the user can set it easily against GMT. 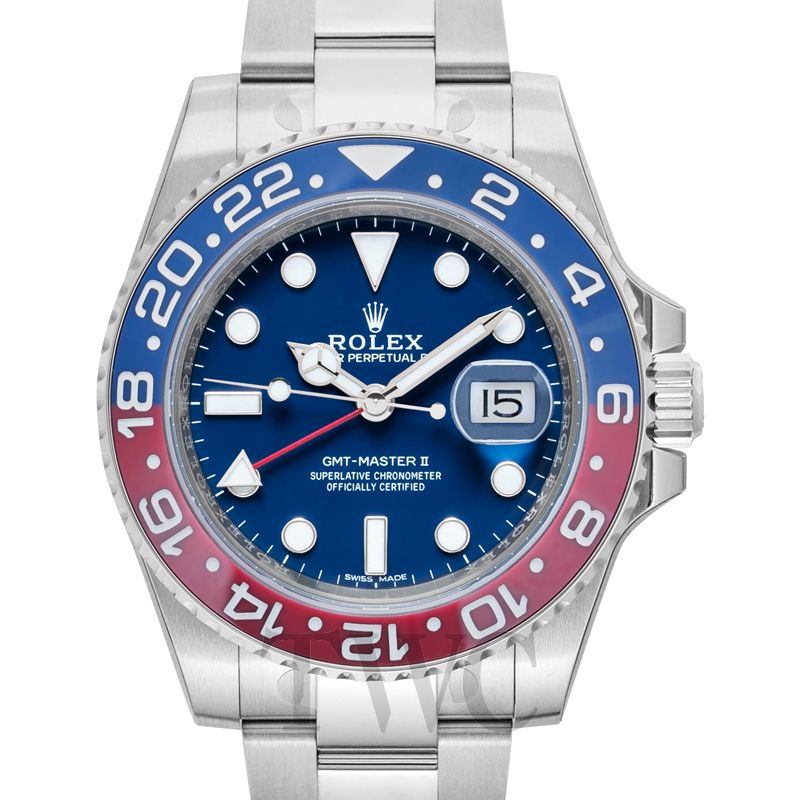 The Making of GMT Masterpiece

We have to highlight the GMT 16710. This is because it is one of the exceptional pieces among the models. Rolex introduced the 16710 in 1989 to replace the ref 16760. It features a slimmer case and identical caliber movement and it comes with a 3185 caliber. However, they later replaced it with 3186. It also features 24-hour hand quickset and 28800 a/h. The bracelet spots Oyster 78360 and Oysterlock 78790. Nevertheless, there are other models that feature Jubilee 62510. At introduction, the watch came in three different bezels; blue and red, red and black, and solid black. The movement is automatic winding with the GMT functionality. If you are considering ordering for a GMT, you should check out the GMT 16710.

Taking Over the World

The Rolex GMT II wasn’t restricted to the airplane for very long. It moved from the borders of pilots and crews and found its way to every sphere of life. The Rolex GMT Master II is the perfect choice for a great day at work. It has become the watch of choice for the business moguls, sportsmen, corporate icons, and the rest of the world. The watch comes with many outstanding features that set it apart from the rest. Therefore, it was not a surprise to see the watch turning up on the wrists of who’s who of the 20th-century idols. Celebrity wearers include Marlon Brandon, Hunter S. Thompson, Dizzy Gillespie, Pablo Picasso, and Eric Clapton. Fidel Castro and Che Guevara also spotted the GMT Master. 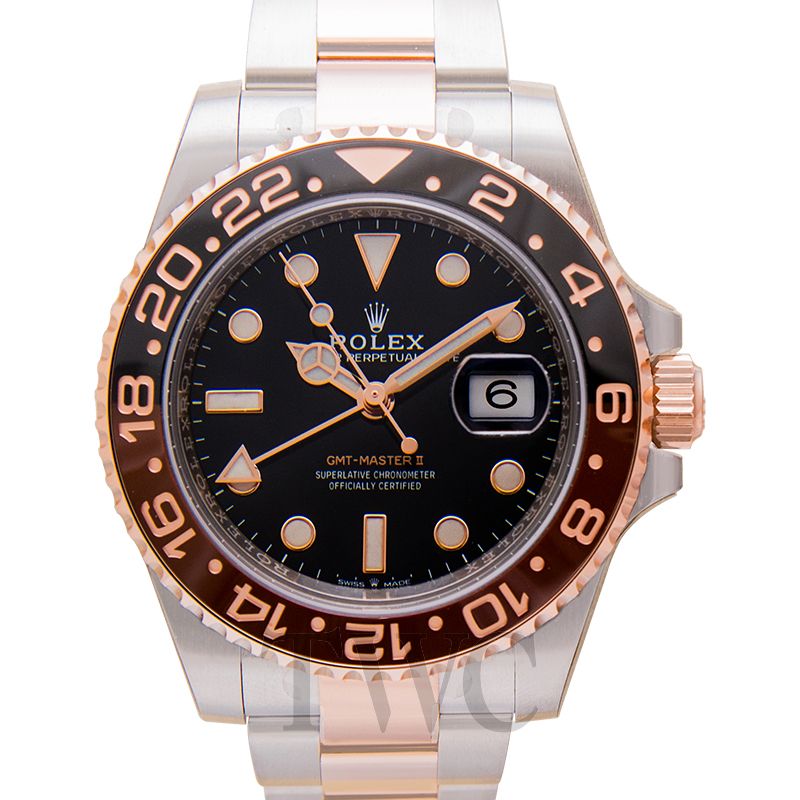 There are not many products that had the same story as the GMT Master and survived. The GMT, including the Rolex GMT batman came into existence to meet a need. Interestingly, the need is no longer relevant, but the model is still in high demand. The Rolex GMT Master was created to help the wearer keep up with two different time zones. However, this does not seem such a big innovation in today’s world. But still, the watch remains a masterpiece that has continued to be in high demand. As a matter of fact, collectors believe the wristwatch stands as a milestone in the human history. Today, dealers sell a piece of Rolex GMT for almost triple the real value price.

The historical significance of the watch has continued to appeal to watch collectors and wearers. Suffice to mention that emotive qualities influence the watch market to a large extent. People pay attention to the story and history behind a watch. And this has made the Rolex GMT to continue growing in value. Ironically, Pan-Am is no longer in existence and neither does the flashy class that they designed the watch for. However, the watch remained strong in the market and in the heart of people.