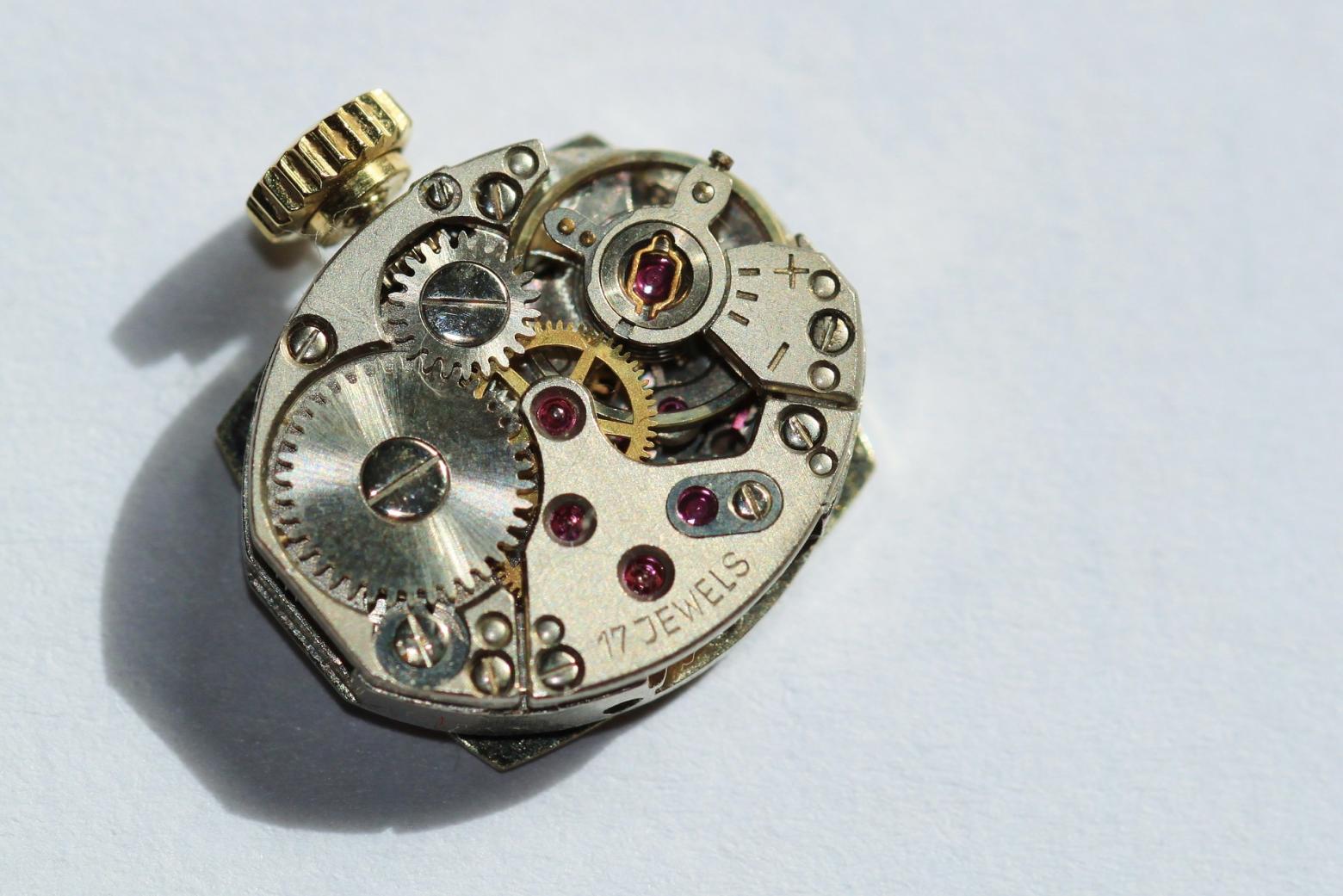 Did you know that an analogue watch can do loads of stuff other than just tell the time? You see, those sub-dials aren’t just for show. They have a special purpose.

Read on to learn about these unique complications. The answers might surprise you!

What Are Watch Complications?

In layman’s terms, watch complications are features of a watch aside from telling the time. On the other hand, a watch that only shows the hours, minutes, and seconds is dubbed as having a simple movement. Even the day and date windows on the dial of your watch are already considered as watch complications.

How Important Are Watch Complications?

In modern days, the watch is becoming obsolete. And along with it are the various complications that it features. Yes, even the most basic function of a watch (telling time) has become obsolete. Nevertheless, there is still something fascinating about owning a high-complication watch.

The more complicated a watch is, the more difficult it is to assemble, design, and repair. Thus, making the watch more valuable. This makes it very desirable to a lot of watch enthusiasts.

I speak for a lot of horology lovers when I say those watch complications are a great way to exhibit one’s expertise in watchmaking.

The Most Complicated Watch in the World

If you think 10 complications on a watch are more than enough, then wait until you see the Vacheron Constantin Reference 57260. It is heralded as the most complicated watch in the world. Indeed, this timekeeper contains 57 watch complications!

The watch contains bells and whistles (quite literally) that you’ve never heard of! Among its watch complications range from the most basic to the most extra. Some of those features are even foreign to some watch geeks. A few examples are the Date of Yom Kippur and Star Chart.

14 Watch Complications You Should Know About

The Day-Date complication is perhaps one of the most basic functions of a watch. As the name implies, it tells both the date of the month and the day of the week. This could come in handy whenever you’re filling out forms that require dates. Some people even find it more convenient than whipping out their phone to check the calendar.

A famous watch that bears this feature is the Rolex Day-Date. And no, the folks from Rolex aren’t too lazy to give it a more creative name. Its name is a reminder that it is the first-ever wristwatch that displayed the full day and date on the dial.

Developed by French-Swiss watchmaker Abraham-Louis Breguet, the Tourbillon’s original purpose was to increase a watch’s accuracy. What it does is that it counters the effects gravity has on the small parts of a watch.

In recent times, the tourbillon is considered outdated. However, horology enthusiasts turned it into an aesthetic thing. Watchmakers would pair it with a crystal window on the dial and watch lovers would huddle up and just watch the tourbillon spin. If truth be told, the tourbillon really is mesmerising to look at.

Among the watch complications, the Tourbillon is considered to be an indicator of a watch’s exclusivity. It takes a whole lot of effort and time to assemble a Tourbillon which makes the watch extremely expensive. It has become a mark of watchmaking excellence.

You do not have to be an astronomer to appreciate the moon phase feature. In fact, it is one of the most highly-desired watch complications by scientists and non-scientists alike.

Different brands may have different versions of the moon phase. But generally, its function is to show which portion of the moon is illuminated as observed from the Earth.

Other people may appreciate it for its aesthetics while others might like it for the mechanical genius behind it. Whichever camp you’re on, the moon phase is definitely one of the most beautiful watch complications around.

How many times did you have to adjust your watch’s date just because it couldn’t tell whether a month has no 31st date in it? It can get annoying especially if you’re dealing with a non-quick set date function.

The Chronograph is used to measure the time elapsed the same way a stopwatch works. With that said, it is a requirement for motorsport watches. However, it is important to note that it was originally invented to work with astronomical equipment.

Soon, people started using it to time horseraces and then sports car races. This contributed to the deep connection between motorsports and horology.

A few iconic watches that bear this watch complication are the Rolex Daytona, Omega Speedmaster, and TAG Heuer Carrera.

Were you ever trapped on a boring date and want to subtly check your watch for the time without being rude? The Minute Repeater is the way to go.

What it does is it makes sounds that tell the wearer what time it is. As an example, it would make two sounds of the same tone to indicate that it’s 2:00. It would then create a sound of a different pitch to indicate the minutes. This way, you wouldn’t have to glance at your timepiece to know what time it is.

The minute repeater is considered one of the most difficult watch complications to make.

GMT means Greenwich Mean Time. Simply put, it tells two different timezones at the same time. One easy way to tell that a watch has a GMT complication is if it has another big hand aside from the seconds and hour hands.

In the watch community, this is one of the most common watch complications around. Iconic models like the Rolex GMT Master II Pepsi are almost always in-demand.

Enter the World Timer. This complication tells the time of multiple time zones of the world. How does this work? The dial of a watch displays 24 cities as a representation for each time zone. For example, Hong Kong for GMT +8, etc. The user would then have to rotate the bezel to their preferred city. And as the bezel moves, the hour hand automatically jumps with it.

As technology develops exponentially, watch brands also try to keep up. And if you’re a frequent traveller, this is definitely one of the watch complications you should invest in.

The Alarm is one of the oldest watch complications around. In my opinion, it is also one of the most useful albeit we rarely see them in analogue watches anymore.

The alarm complication of a wristwatch works just like your normal alarm clock. There is a separate alarm hand connected to a cam underneath the dial. The wearer then sets it to any time in a 12-hour period. When the desired time is met, it triggers a lever that powers a hammer which in turn hits a bell.

Maybe you want to go the traditional way, or maybe just want an extra set of an alarm in case the one on your phone doesn’t wake you. No matter what your reason is, one thing is for sure —  the alarm function of a mechanical watch should not be underestimated.

The Annual Calendar is just one step ahead of the Day-Date complication. It is basically a Day-Date with the added function of a monthly calendar. It can tell whether a month has either 30 or 31 days. With that said, the only time you would have to adjust it is in February. When the month only has 28 (or if it’s a leap year, 29) days.

The IWC Portugieser Annual Calendar is a good example of this complication.

Want to take your love for cosmology to another level? If the moon phase complication of your trusty wristwatch is not enough, you’ll love the Planetarium.

This watch complication doesn’t just tell the time. But it also tells you the positions of the planets in our solar system! Each of the planets on the dial orbit around the sun in real-time.

One example of this is the Van Cleef & Arpels Midnight Planetarium watch.

The Power Reserve Indicator is one of the most practical watch complications on this list. What this does is it tells the wearer if they should already wind their watch. Think of it as the battery gauge on your phone.

One of the most beautiful Power Reserve Indicators belongs to the Nomos Metro. As you can see from the picture above, the watchmakers managed to blend it well with the whole design.

The Tachymeter is usually paired with a Chronograph. While the latter is a stopwatch, the former measures speed. To put it another way, it calculates the elapsed time over a fixed distance.

People often confuse the two. But a rule of thumb is that the Chronograph is on the subdials of the watch. Meanwhile, a Tachymeter is placed around the watch’s bezel.

It is also important to remember that Tachymeters are limited. They can only measure distances up to one full kilometre.

The Jumping Hour is one of the watch complications that is a joy to look at. While the hands of clocks and watches traditionally sweep counterclockwise, the same cannot be said for the Jumping Hour. Instead, the hand jumps directly to the next hour as soon as the minute hand reaches 60.

Not only is it aesthetically pleasing, but it is also more convenient. Because the hour hand is always directly pointed at the middle of the current hour, this lessens the confusion when reading the time. How many times have you misread the time as 1:50 instead of 12:50 just because the hour hand is nearly pointing at the next hour during the 50th minute?

If you want to see the Jumping Hour in action, you should check out the Franck Muller Crazy Hours.

People do not buy high-complication watches because they need the features. Instead, they buy those because it is a symbol of excellent engineering. Whether these are outdated or not, watch complications are a mark of watchmaking virtuosity. Think of watch complications as trophies that you can show off to your friends or other watch enthusiasts.

Are you a fan of horology AND basketball? Check out Kobe Bryant’s watch collection in this article.