A Closer Look At The Rolex Hulk Submariner 116610LV 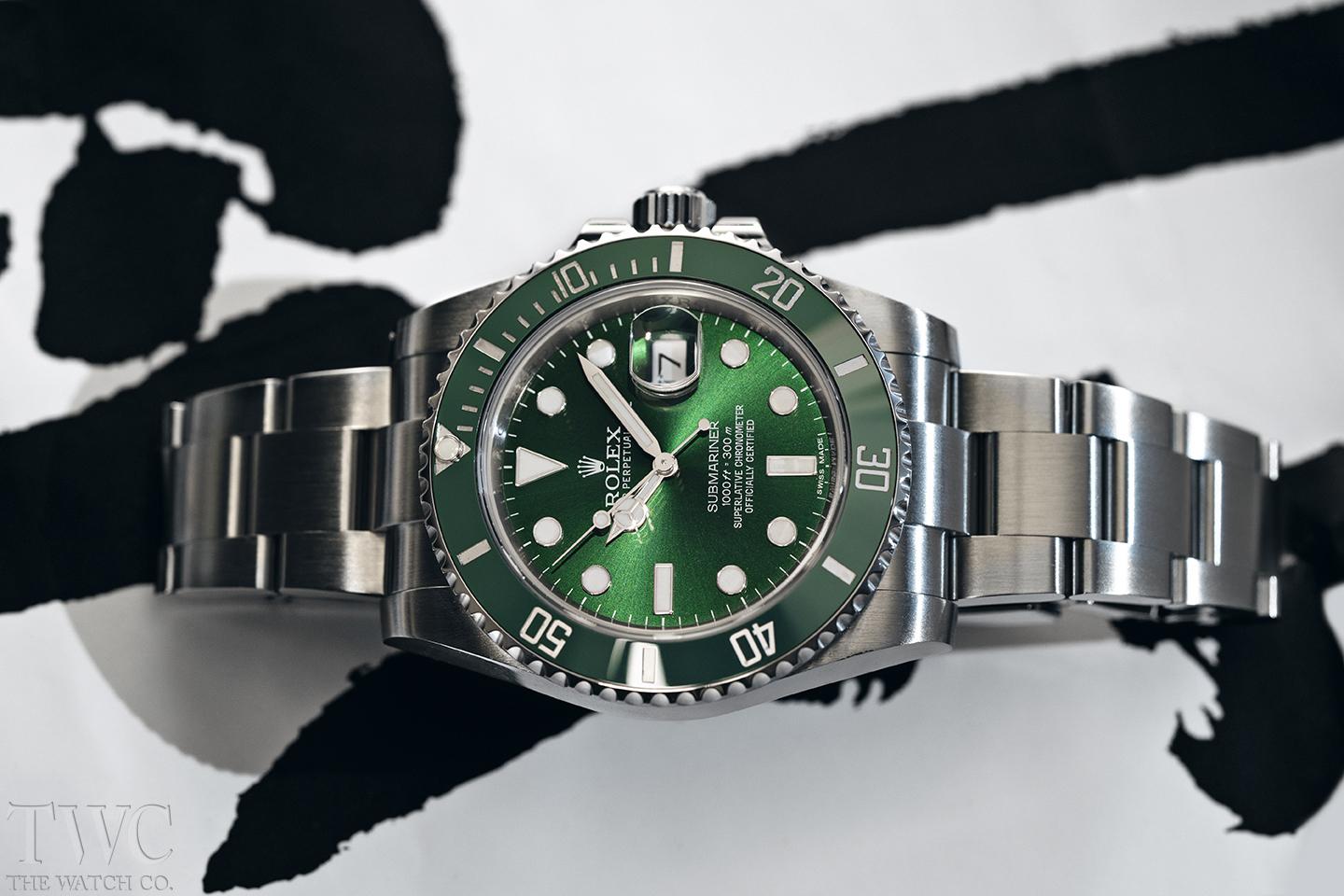 Rolex has always ensured that their customers receive nothing but the best. One of their famed models is the Rolex Hulk Submariner 116610LV which has recently become one of the company’s bestsellers. Part of its success is due to its magnificent design and its high accuracy as a timepiece.

Rolex introduced the first Submariner watch in 1953 as a diver’s watch. This wasn’t the first model by Rolex to feature high water-resistance. Nonetheless, it showed higher efficiency than the Rolex Oyster due to its ability to allow underwater usage at a depth of 330 feet.

After various releases under the Submariner lineup, Rolex introduced the Rolex 16610LV in 2003 to commemorate the collection’s 50th anniversary. This watch became notable for its green-coloured bezel. In addition, it also reintroduced the “Maxi” dial which Rolex discontinued 19 years earlier.

During Baselworld 2010, Rolex presented an upgraded version of the 116610LV watch, which now featured a thicker case structure as well as a vibrant green bezel and dial. Not long after, Rolex lovers began to refer to the watch as the “Rolex Hulk”, a reference to the famous green character from the Marvel comics.

Structure And Design Of The Rolex Hulk

The design of the Rolex Hulk 116610LV was significant for many reasons. One being that Rolex had never before released a model with such bright and flashy colours. Though the Rolex Submariner Green watch is a possible exception, its impact never came close to that of the Rolex Hulk.

The Rolex Hulk’s construction consists of Oystersteel. Oystersteel is highly resistant to corrosion and can maintain an exceptional shine after polishing. Thus, this watch can survive some of the harshest environments without losing its sheen. The Rolex Hulk can, in fact, fend off all things unwanted such as dust, shock, pressure, and water.

Another benefit of the Oystersteel case is that it helps distinguish between the 2003 Rolex 16610LV and the Rolex Hulk. Besides a thicker Triplock winding crown (which guarantees water-resistance), the latter also features a thicker middle case. Furthermore, its lugs are almost twice the size of the ones in the Rolex Submariner.

Thanks to its functionality and elegant design, the Rolex Hulk’s bright green dial is regarded as its most notable feature. To ensure utmost perfection, the Rolex Hulk’s dial is handcrafted extensively by the company’s in-house team.

Additionally, the Rolex Hulk features enlarged hour markers and hands to ensure legibility and visibility in time reading. These parts consist of 18ct gold which prevents them from tarnishing. Furthermore, this model’s Chromalight feature guarantees that its face remains readable even in the darkest spaces.

Another feature of the Rolex Hulk is a rotatable green bezel which is durable enough to be employed by divers. Included on the bezel’s design are 60-minute graduations which are deeply etched on a sturdy Cerachrom material, which itself is practically scratch-proof and highly resistant to corrosion.

Besides its eye-catching aesthetics, the Rolex Hulk’s bezel also includes a luminescent capsule meant to enhance its legibility in low light. This helps deep-sea divers keep track of their diving time. In addition, the bezel also includes a decompression stop to allow divers to expel pressure on their ascent. It also features a knurled edge to make sure divers have a tight grip while underwater.

To provide the wearer with high-precision, the Rolex Hulk is powered by a calibre 3135 self-winding movement developed entirely in-house by Rolex. This perpetual movement is a COSC-certified Swiss chronometer. It also includes a blue Parachrom hairspring which is highly paramagnetic.

This hairspring ensures great stability and up to 10 times more accuracy than the traditional hairspring, especially when exposed to shocks. Additionally, the Rolex Hulk allows for a 48-hour power reserve.

One of the best benefits of the Rolex Hulk’s Oystersteel casing is the durability it gives to the oyster bracelet. In fact, this watch’s oyster bracelet is highly resistant to deterioration, thanks to the Oystersteel’s mineral elements.

The Rolex Hulk’s oyster bracelet includes a Glidelock feature to allow the wearer to make necessary adjustments, which are important when there are no watch tools nearby. Moreover, the oyster bracelet can be adjusted to ensure that it fits perfectly and securely after being fastened with the Oysterlock safety clasp.

In assembling their different models, Rolex’s watchmakers always ensure that every timepiece’s design adheres to the highest standards. As such, the Rolex Hulk is a watch that we highly recommend for both divers and non-divers alike.

To summarise, the Rolex Hulk’s features include the following:

The Rolex company clearly broke its own precedent of not using flashy colours on its many watches. Nonetheless, as shown by the Rolex Hulk, their decision has undeniably added a unique shine to their dive watch lineup. This watch provides its wearer not only versatility but also a stylish break away from your standard dive watches.

Enjoyed this article? Why not then check out The Rolex Air-King: The Best of the Best Amongst Rolex Watches.