Kobe Bryant: A Look Into the Basketball Legend’s Watch Collection 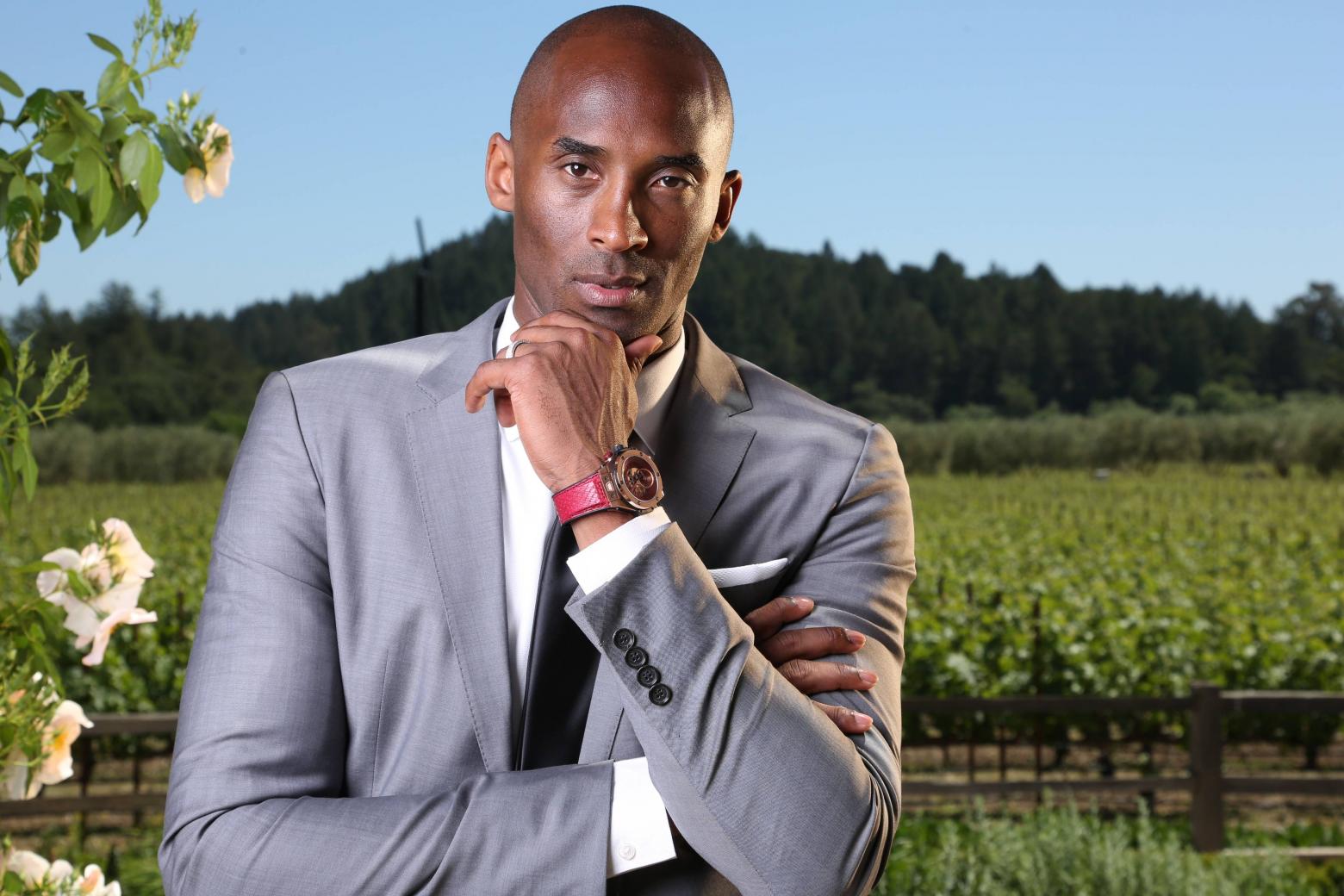 On the 26th of January, 2020, the world mourned over the loss of the basketball legend, Kobe Bryant. Now, I do not have to be a huge basketball fan to know that he was one of the Lakers’ pride and joy. His name is what people scream when they throw a crumpled paper into the trash can. And to many people, he was the reason why they picked up a ball in the first place.

During his 20-year career in the NBA, he won five championship rings and numerous MVP awards. I could go on and on about his accomplishments in basketball, but it would take us a while to finish.

Every baller knows that he plays with passion on the court. But not everyone knows Kobe Bryant’s other hobby, which was collecting watches.

A GENUINE PASSION FOR WATCHES

Kobe Bryant wasn’t just any watch enthusiast who bought the rarest Rolex he could find just because he could. In fact, he was experienced in the industry. Reports even say that he was a part investor in Swiss watch brand Nubeo.

Apart from that, he became an ambassador and partnered with brands to release exclusive watch collections, which we will see in a while.

In 2009, Nubeo decided to release the Black Mamba Collection in honour of Kobe. The partnership was unusual as watch brands typically partner with golf or tennis athletes. Take Roger Federer as a Rolex ambassador, for example. But rarely do they ask a basketball player to endorse them.

The Black Mamba Collection, which was named after his on-court nickname, had three different watches. Aside from the design cues taken from the deadly serpent, the watches had a lot of references to the basketball player.

The watches in the Nubeo Black Mamba Collection are considered to have some of the most complicated watch cases. In general, cases only have around five to 10 parts. This is ideal because, to resist dust and water, the parts of a case should fit together perfectly.

However, Nubeo defied the impossible and created a watch case with a total of 131 components! Not only that, but they also maintained a water-resistance of up to 100 metres. What a feat!

Strong and Resilient as Kobe Bryant

Nubeo certainly did not create this collection only to be worn off-court. Apart from the titanium screws all over, they also used highly-detailed turbine screws to keep the rubber strap in place.

In terms of material, they used grade 5 titanium with a DLC (diamond-like carbon) coating. This makes the watch extra durable and resistant to scratch.

With this in mind, you wouldn’t have to worry about damaging the watch during your basketball game. That’s something Kobe Bryant would have been pleased to hear!

Now that we have an overview of the collection in general, let’s look at the pieces one by one. Below are the details about the three models of the Nubeo Black Mamba collection.

The Black Mamba is the most basic model out of the three. It consisted of a chapter ring with hour and minute markers. Its bezel is engraved with numerals and is made of different materials like titanium, ceramic, and rubber.

Although it is considered as the basic model, it is still considered limited. In fact, Nubeo sold only 810 pieces of the model. What’s up with the number? This was about Kobe’s impressive 81-point game against the Toronto Raptors in January 2006.

The Black Mamba Ultimate is the middle ground of the basic and MVP models. While it still has the Arabic numerals on the bezel, this one introduces gems on the chapter ring. The gems on the watch were diamonds, whiskey sapphires, orange sapphires, and black sapphires.

While the basic model was limited to 810 pieces, this was limited to only 240 pieces. Again, the number was a reference to Kobe Bryant’s jersey number 24.

The most premium and the rarest of them all is the Black Mamba MVP. Even Kobe Bryant himself was seen wearing this watch a few times!

Being the top-of-the-line model, they sold it in only 24 units. It is unsure whether Kobe’s personal unit is included in the 24. And like the Black Mamba Ultimate, the number of pieces released was in homage to Kobe Bryant’s jersey number.

FROM NUBEO TO HUBLOT

Unfortunately, during the financial crisis in 2008, Nubeo received a lot of damages. In effect, this brought an end to the partnership between the watch brand and the Lakers’ shooting guard.

Despite the ill event, Kobe Bryant’s love for watches did not fade. In fact, it even led to another important event. Hublot, another Swiss watch brand, tapped Kobe to make him an ambassador. To which, he happily accepted.

In Support of Athleticism

It is very seldom that a watch brand would partner up with sports teams. That is, of course, with the exception of motorsports and tennis. But Hublot went against the flow and immersed itself in the world of various sports.

However, it is important to note that while the watch brand is a sponsor of Kobe Bryant’s own team, his endorsement is totally unrelated to it.

The King Power Black Mamba Chronograph watch was specially made for Kobe Bryant. It was Hublot’s way of celebrating the basketball player’s ambassadorship.

The design cues are subtle, but if you’re a basketball fan, you’ll notice that the watch follows the colour scheme of the LA Lakers. The dial is accented with both purple and 18K gold. Meanwhile, just above 6 o’clock, you can see the number “24” printed on the dial. They also put a black snake applique that hisses at the 1 o’clock marker with its golden tongue.

The back of the watch features an exhibition caseback window. It shows a printed version of Kobe Bryant’s signature.

To make things more fun, the watch is available in a version that comes in a black python snake strap bracelet. What an excellent way to stay true to the serpent theme.

Two years after Hublot’s first Kobe Bryant watch, they released the Big Bang UNICO Chronograph Retrograde Kobe “Vino” Bryant. Because the moniker Black Mamba has been used previously, they went with Vino. To the unacquainted, Vino is another of the player’s on-court nickname.

This time, Hublot went with a louder colour scheme — dark red. Because in English, vino means wine. The watch comes with a crimson red snakeskin leather strap. Meanwhile, the case is in 18K gold. And if you peek through the dial, you’ll see patterns that look a lot like a basketball.

Another interesting detail about this timepiece is its uncommon layout. In the usual arrangement, the numerals go around the whole outer dial. However, in this model, the hour markers take only the upper half of the dial. This is what horologists call the Retrograde Hands.

Lastly, if you look at the watch’s back, you’ll be greeted by a green-tinted sapphire crystal caseback. This was intended to simulate the feeling of looking through a wine bottle which usually comes in green. And like the previous model, this one also has Kobe Bryant’s signature printed on it.

It seems that Kobe Bryant fans couldn’t get enough. Because only one year after the release of the Vino chronograph, they made another one. They named it the Classic Fusion Kobe Bryant Hero Villain. And it was released just in time for the NBA player’s retirement from basketball.

The eponymous watch model comes in a ceramic black case. And like the other watches before it, the hands and the markers come in a gold hue. Additionally, the bezels are fitted with golden Hublot “H” screws. I personally love what they did as this gives the watch a bit of personality.

Another thing that sets this watch apart from the other Kobe watches is the moon phase. Watch geeks can also admire the movement as the dial is see-through.

Unlike the other watches that boast Kobe’s signature at the back, this one has an “HV” logo. And beneath it is a sapphire crystal case to expose the movement at the back.

The Perfect Choice for Hublot

Kobe Bryant and Hublot had a fruitful connection. To be specific, Bryant was part of the brand’s ambassador family for seven years.

In fact, in Ricardo Guadalupe’s (Hublot CEO) own words, he said that “Bryant is the perfect choice for Hublot —  a brand known for its precision and excellence, traits that have characterised the basketball icon’s celebrated career.”

Kobe Bryant was one of the brightest basketball stars the world has ever seen. And while many basketball fans only associate him with the sport, there’s more to the man beyond basketball.

He was a deep watch enthusiast and he did not just buy a timepiece just because it’s popular. He bought them because he truly loved them. Indeed, the watches that were made in honour of him were an extension of his personality.

May you rest in peace, Kobe Bryant. Mamba out!

Can’t get enough of futuristic-looking watches? Check out our favourite Zenith Defy watches!