SeaGull 1963: A Guide to Every Reissue Available 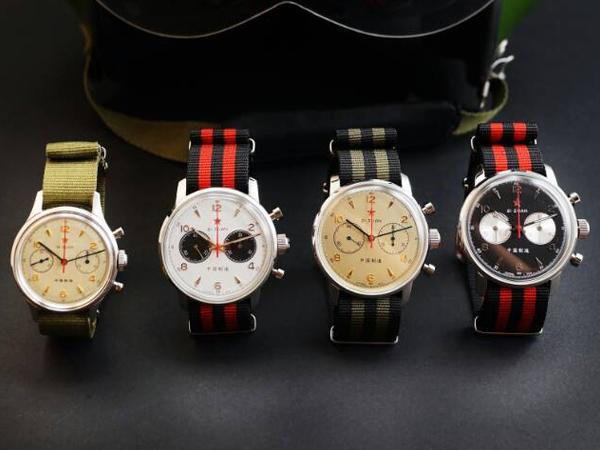 If you’re a watch collector, you would know that the SeaGull 1963 is one of the most sought-after vintage watches in the industry. It’s a cult classic that remains important yet affordable to this day. It’s not so surprising given its design that dates back to the mid-century, authentic roots to the military, and, of course, its affordability. Despite it being a popular choice among lovers of true vintage, its price remains reasonable. This is partly due to the watch’s Chinese roots.

This collectible Chinese mechanical watch is a military chronograph that aligns itself with the likes of Blancpain Fifty Fathoms, Vostok Amphibian, as well as the Rolex Submariner, and Omega Speedmaster. Just like the SeaGull 1963 watch, these watches have affiliations to the military. But unlike these brands, not everyone trusts SeaGull due to the stereotypical ideas attached to practically anything made in China. The stigma, however, should be set aside for this watch, given how many people still believe in the timepiece’s appeal and function. A lot of people might reason with the typical “it’s not Swiss” excuse, but this watch alone should be treated differently.

With the popularity of this watch, it’s no surprise that it inspired several reissues — all with different advantages. Let’s break down the watch’s reissues to find out which one is best for you. But before that, let’s take a peek at this watch’s colourful history.

History of the SeaGull 1963

It’s the Tianjin Watch Factory that made the SeaGull 1963. They’re the same company that launched the first-ever Chinese watch in 1961. Soon after, the Air Force of the People’s Liberation Army commissioned the company to make an official watch for them. The company named it, Project 304. This timepiece used the calibre 175 from Swiss company Venus. It’s a column-wheel design present in most 1940’s and 1950’s chronographs. Among those include chronographs from Breitling.

The Tianjin Watch Factory bought the movement from Venus and developed it further. Tianjin used this movement to create their first chronograph movement, the SeaGull ST19. The movement features 19 to 21 jewels, depending on the production. It also provides a power reserve of about 40 hours. Various prototypes using this movement were made until, in 1965, the military finally certified the watch and later put into production. However, there are only less than 2,000 prototypes made for this model.

From there, the reissue of watches with liking from the 1963 prototype of the watch became popular even to this day. Among those include honest reissues with little to no difference from the reference, while others deviate a little with black or silver “panda” dials, among others. Let’s break down all the reissues of this watch.

People call it the “Original” reissue as it’s the timepiece responsible for sparking up a whole craze around the SeaGull 1963. Looking at the watch, it can be seen how well-balanced the timepiece is. This includes quite a quirky design with colour combinations that’s not particularly the first that would come to mind when creating a timepiece. However, despite the strange choice of colours, the overall design of the watch is beautiful. This timepiece references the 1963 prototype despite the changes in colours and perhaps is one of the least accurate versions of the timepiece.

Technically, Tianjin SeaGull doesn’t sell this 1963 watch itself. Instead, the 1963 is distributed by a lot of various vendors. Given that it can be made by 3rd parties, the 1963 Original Reissue had a lot of different variations as compared to other references of the same watch. One of the most common versions of the watch is called the “Red Star” 1963. This timepiece features a 38mm case with an acrylic crystal. The indexes are also applied, while the sub-dials of the watch are painted, as well as the inscriptions on it. The watch can have either a cream or silver dial. This depends on the vendor and some may even have a sapphire crystal in place of an acrylic crystal.

The sub-dials have blue hands with one of them being tailed, a historically accurate version. If you ever see a 1963 prototype anywhere, check if the tailed hand is on the right sub-dial as that’s the more accurate version in modern iterations of the watch. On the other hand, the chronograph hand on the centre sub-dial is red and can vary in thickness depending on the vendor, albeit not as obvious.

This watch, in particular, has a red star outlined in the colour yellow, hence the name Red Star. However, there are versions where instead of a red star, a yellow-outlined star without the red filling can be seen everywhere. But this proves a more historically accurate iteration of the Red Star. The movement of this watch has either 21 or 19 jewels with the modern movements believed to have 21 jewels. The 19-jewelled movement, however, refers to the historical ST19 movement. The words “China – Tianjin Watch Factory” or “Made in China” can be seen underneath with the first one being the more accurate inscription.

This watch is available with a sapphire crystal, but that greatly changes the contour of the case. It also alters the aesthetic that’s nothing new to any sapphire crystal watch. The watch also appears to either have a solid caseback or an exhibition caseback. Other iterations of the exhibition caseback versions have the red star printed on the back with it being the symbol of the Air Force. You should also be on the lookout for watches with a signed crown, as well as those without.

Given the success of the original reissue of the SeaGull 1963, a 42mm version of the watch was launched. This expanded size came with a few changes on the watch that made it another popular choice among the reissue watches. Firstly, the 42mm gives a lot of space and balance on the watch’s dial. This model is also available in panda dial version, as well as the reverse panda dial version, where the dial is black and the sub-dials are white.

There’s no reason for this, as this is not particularly rooted in the history of the watch. In fact, it only appears to be a simple aesthetic choice to give it a more modern look, instead of the particular vintage aesthetic. Lucky for those who like more modern designs, this watch could be the perfect SeaGull 1963 reissue for you.

Historically speaking, SeaGull only makes one version of the 1963 prototype. This is known among the community and officially as the D304.

This timepiece features dauphine hands instead of thin ones. That means the hands are triangular in shape. On the dial, the numbers at 12 and 6 are very boxy, as if imitating a more modern design. This is a huge deviation from its reference with chunky applied markers with the numerals applied evenly every other hour and with different inset sub-dial registers. It has a sapphire crystal and a solid caseback with the red star symbol applied to it.

The D305 also features a logo historically attributed to the PLAAF, known to many as the “Star Trek” logo. This is also an alteration from the original reissue that includes an English text over the red star. At first glance, this watch is not the smartest choice for a timepiece, as it’s kind of hard to read given that it has little to no contrast when it comes to the colour choices. It’s also the most expensive reissue, which costs around $600 USD.

The ED1963 is the most recent addition to the Seagull 1963 reissue family. This version is created by a watch enthusiast only known to people as “HKED” or simply “ED“. And with its design, a lot of people affectionately named it the ED1963 with ED coming from the name of its creator. Just like the D304, it also comes with various model versions including a rare black one, as well as the cream reference model that’s popular to collectors.

Just like the Seagull D304 watch, the ED1963 also features the same Star Trek logo. But aside from this, there’s really nothing more that makes them similar. This is one of the most honest versions with great similarity to the original reissue of the watch, including the cream dial that has inset sub-dial registers, as well as concentric rings. The concentric rings give the watch a more defined texture. Moreover, it also has very slender sub-dial hands, also painted blue; while the hour/minutes hand is in gold and the chronograph hand comes in red. Also on the dial, the words “19 Zuan – Zhonguo” can be seen printed using Romanised spelling; no Chinese characters in sight, with Zuan meaning ‘jewels’. It, however, diverts by replacing the dart-shaped indexes of the original 1963 with square markers.

Generally speaking, the watch appears to have lost its Chinese feel with this version of the watch. However, many people who have owned the watch attest to this watch’s finer and sharper details. It also has better finishing, despite lacking Chinese roots.

Similarly, the black version carries the same feel. It also has a white-outlined sub-dial, gold hour/minutes, and a white centre seconds hand. However, more positive reviews of the rare black are present, given that its aesthetic is more refined as compared to the cream dial version. While the cream dial version uses a gold inner case ring, the black one uses a silver ring.

After the success of the first iteration of the ED1963, its creator expanded with the black version, featuring a red centre seconds hand. They also released various panda dials including white, silver, and gold. Not to mention, a version with a blued hour/minute markers is also available. The reason for these watches doesn’t match the historical references anymore, but they truly are pleasing to the eyes.

In general, all ED1963 watches come with either solid or exhibition casebacks and may even have sapphire crystals if you prefer. Since it’s made to order by HKED, you’ll easily be able to mix and match the components of the watch.

Where to Buy Seagull 1963 Reissue Watches

You may purchase the watch on various online retailers like Amazon and eBay. However, dedicated websites also exist that only sell SeaGull 1963 watches. You may also visit SeaGull’s official website for the D304. The ED1963, however, comes directly from its retailer, Ed, who resides in Hong Kong. As he creates the watches himself, you’d need to contact him directly.

The history and many iterations of the Seagull 1963 reissue give the watch quite an interesting story to tell. It seems that more and more people are getting into the idea of collecting this timepiece. Given the price of these timepieces, however, they don’t seem too great as investments. Instead, they are stories for future generations to tell. But only time can dictate the way the market rises or tanks with this timepiece. It’s not so impossible to find the timepiece at a more expensive tier than other vintage watches. However, given the price of the watches for the past 10 years, this probability seems far off.

When everyone else is flocking for a more expensive vintage watch or reissue of a vintage timepiece, some people prefer how the SeaGull 1963 remains a quiet remembrance of the past without being too overbearing with details. It also comes with a lot of opportunities for improvements and even more room for modernised changes. Whether you’re into watches that lean on the more vintage side of designs and concepts or the more modern one that’s perfect for everyday wear, there is a SeaGull 1963 reissued watch intended for you. Not to mention, they’re all priced reasonably so you don’t have to worry about spending thousands of dollars for a single vintage watch. Whether it’s for yourself or a friend with the same interest, a SeaGull 1963 will definitely be a great addition to any collection.

Vintage watches will always be in. A lot of people prefer it more than anything else. If you’re looking for more vintage watches, check out our guide to vintage Rolex watches!

All photos courtesy of Imgur.