The Omega Speedmaster In “First Man” 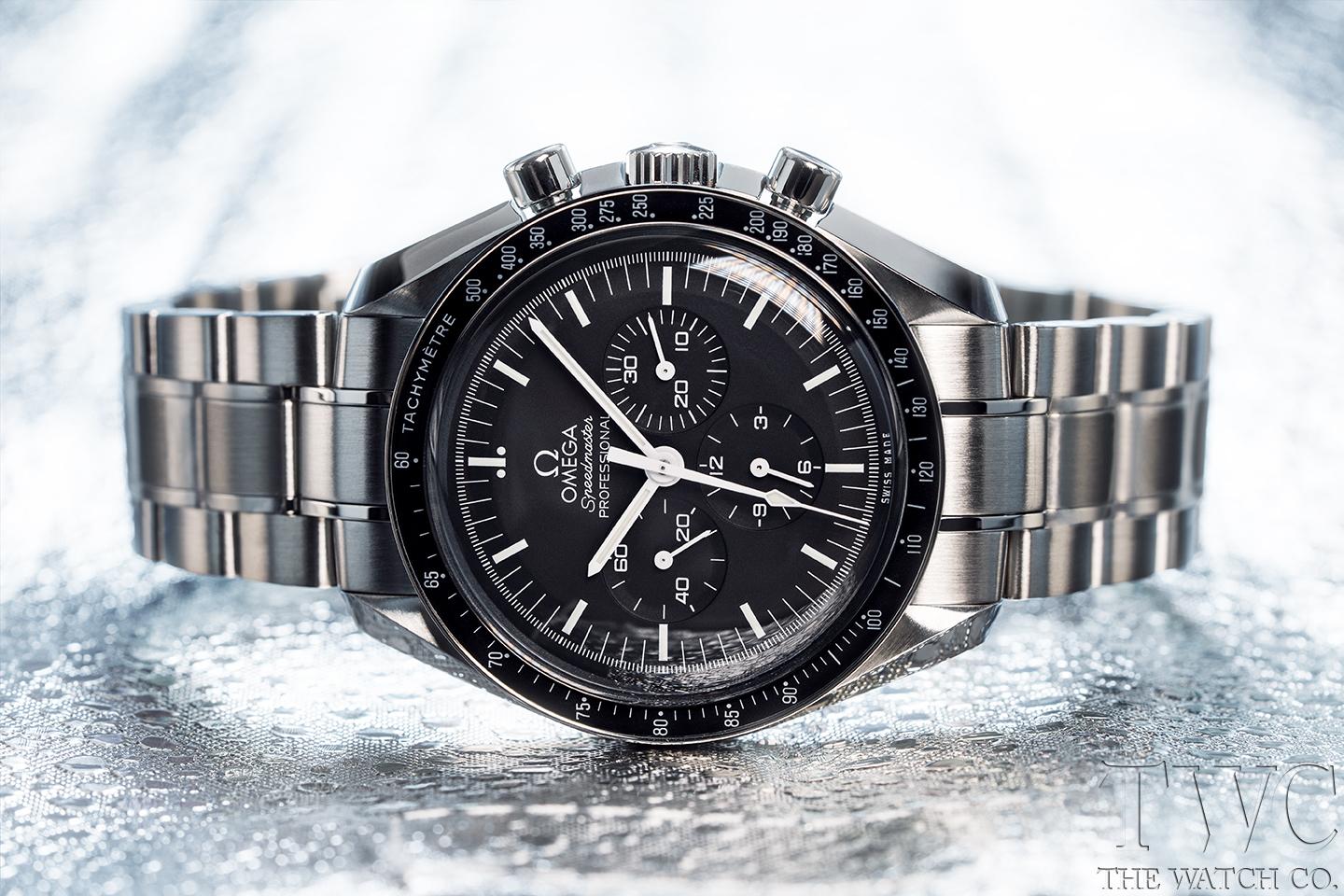 ‘First Man’ is as accurate to its time period as it is exciting.

The release of this movie was on October 12, 2018. The movie has a winning combination–Damien Chazelle as the director and Ryan Gosling in the leading role as Neil Armstrong. For your reference, Chazelle and Gosling are both Academy Award winners.

First Man also appears to be a winner, according to the critics. It currently has an 88 percent rating on Rotten Tomatoes. The movie revealed the fact that Omega Speedmaster was the first watch on the moon.

Omega cooperated with the production crew to ensure a faithful recreation of watches. They sent over ten replicas like what the astronauts wore during the 1969 moon landing. The model type was an ST 105.003.

However, the movie used Omega CK 2605 instead during the home scenes. In the movie, Armstrong wore it when he was not training or on the mission. On the other hand, the Apollo 11 actors wore Speedmaster ST 105.012.

It was the one that was used during testing. During NASA’s screening period, they tested and determined which watch could go into space with the astronauts.

How the Omega Speedmaster Moonwatch became legendary is enlightening. Jim Reagan, a former NASA employee, was interviewed regarding the watch selection process. He has worked for the leading space agency for thirty-six and a half years.

Reagan shared, “My first assignment was to come up with a watch that NASA could certify, so the astronauts would have a watch they could use on the surface. The requirement was that any piece of hardware that went on the vehicle had to be qualified.”

He went on to describe that four watch brands were submitted for consideration. One was disqualified even before the testing began. According to specifications, it was incapable. Next, two other watches failed the first test. Omega was the only one that made it through the ten experimental extreme environments.

This started the collaboration between Omega and the American space agency. Since then, Omega watches have accompanied astronauts going on multiple space missions. They still use Omega watches to date.

Both Buzz Aldrin and Armstrong went on the landing mission. The latter actually left his watch on the Lunar Module. This is an insightful piece of watch history that purists love to share with novices in the industry.

After they returned safely back to earth, their timepieces were collected for safekeeping. Somehow, Aldrin’s watch was lost on the way to the Smithsonian. On the other hand, Armstrong’s watch safely reached its destination.

Armstrong’s watch is currently in the Smithsonian National Air and Space Museum. Until now, no one knows where Aldrin’s missing watch is.

Finding a period-specific 1969 Omega Speedmaster watch that First Man used is difficult. Fortunately, Omega Moonwatches are still popular and in production. Those who want to grab a piece of this glorious Americana can purchase them in stores in different variations.

The watches are available in steel or platinum casings. There are also multiple colours to choose from. For fans who would stick as close to the original as possible, the wire mesh bracelet is all they need.

However, the bracelet was replaced by a Velcro strap during the moon landing. In fact, Omega Moonwatch is available in blue or black styling. There is also another popular Omega Dark Side of the Moon series which appears to be all black and with a larger case of 44.24mm.

First Man is sure to further spread the historical significance of the Omega Speedmaster Moonwatch.