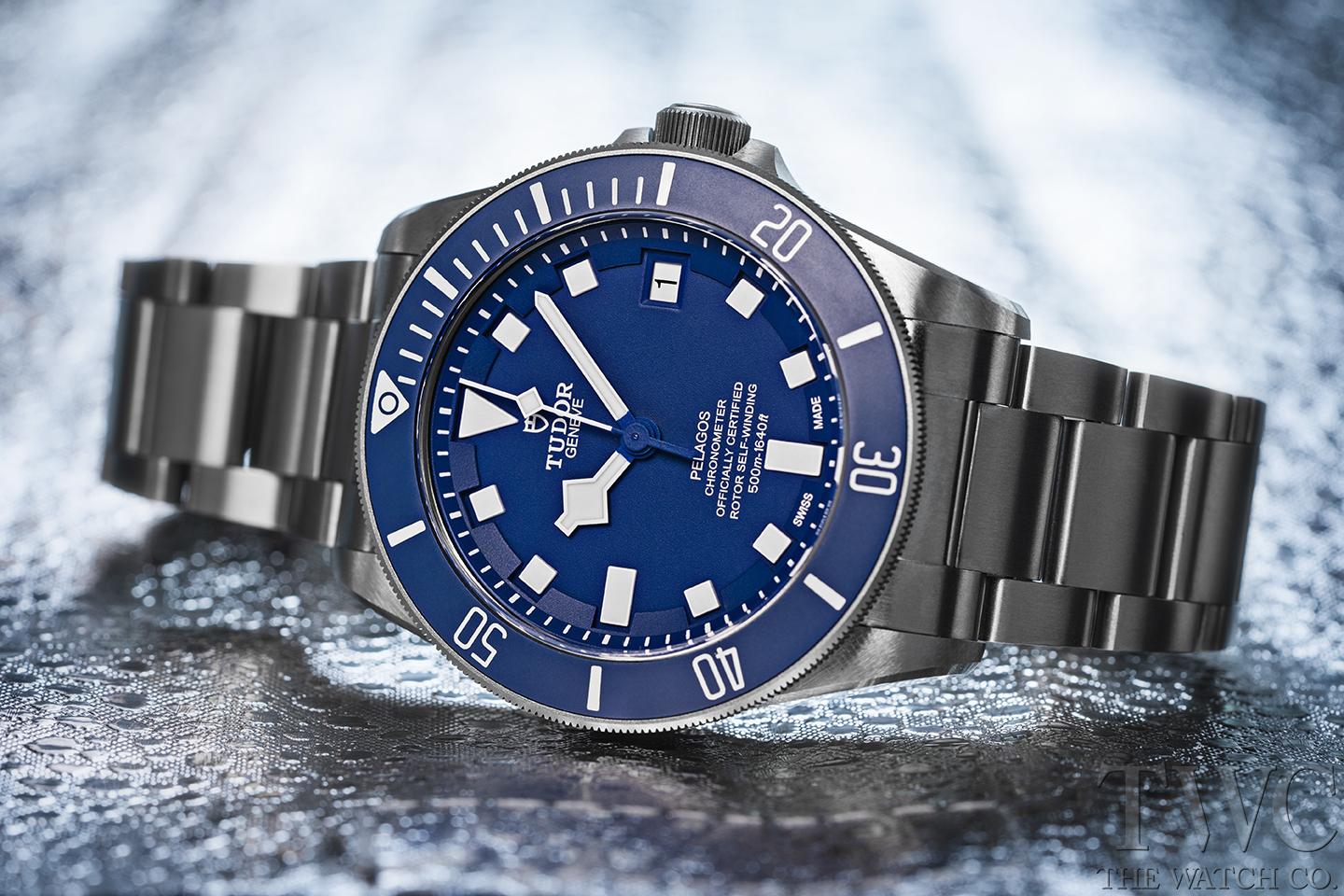 If you didn’t know, Tudor is the sister company of Rolex. In fact, Rolex founder Hans Wilsdorf conceptualised Tudor to provide the same dependable quality of his brand but at a lower cost. As a result, despite the fact that Tudor watches used ready-made movements due to factory constraints, they were originally made with Rolex casings.

Undoubtedly, Tudor has a good position in the entry-level bracket of the luxury watch market. Those looking for an affordable timepiece coming from a reliable luxury watch manufacturer should consider  Tudor watches.

Wilsdorf registered the Tudor trademark in 1926, and the collection was named Tudor 1926. It represents the brand’s beginnings and gives a sense of nostalgia.

The polished steel case is 41mm in diameter. It has a self-winding 2824 calibre with an estimated power reserve of 38 hours. The domed dial has six diamonds on its surface located in the odd number positions.

In addition, there is a variety of selections of dials with the date window always at the 3 o’clock position. It has a rose gold bezel which secures its sapphire crystal. There is a Tudor logo on its winding crown, a trademark representing the brand’s proud heritage.

In fact, it is a sportsman’s watch and inspired by 1952’s British North Greenland Expedition (BNGE). The scientific mission spanned two years. The participants had to survive harsh Arctic conditions to gather data which was invaluable to the British Armed Forces.

Historically, there was a total of 25 men that were issued Tudor Oyster Prince watches during the BNGE. This served as the stimulus behind today’s Tudor North Flag model. The backstory behind this timepiece makes it one of the more interesting watches to own amongst the collections.

After North Flag, Tudor released another collection which they named Pelagos. It is actually a modern version of those previous watches with outsourced movements. Pelagos uses an in-house calibre MT5612 (COSC) in a titanium and steel case of 42mm. Its mechanical movement is self-winding and includes a bidirectional rotor system. The power reserve can keep it ticking for about 70 hours.

This is a rugged diver’s watch. The brand guarantees that the Pelagos is waterproof for up to 500 metres, making it suitable for diving adventurers.

Perhaps its main distinguishing feature is its bezel. The MonteCarlo model displays units per hour whilst the Tudor Chrono Blue comes with a 12-hour bidirectional rotatable bezel.

Obviously, it is sporty and more of an everyday chronograph. The timepiece has a calibre 2892 movement and has a power reserve of about 42 hours.

Heritage Black Bay just made its first public appearance at Baselworld 2018. Its aesthetics somehow resembles that of the Rolex GMT Master II, though it could readily stand its ground.

With a 41mm case, this Tudor watch features a 48-notch steel bezel. Moreover, it has a simple black dial with a domed sapphire crystal. A date window is located in the 3 o’clock position. Instead of its trademark, the Tudor Rose is on the winding crown.

Its self-winding movement runs on calibre MT5652 (COSC). The Heritage Black Bay has a bidirectional rotor system and has a power reserve of up to 70 hours. This is a diver’s watch which has roots dating back to 1954.

The timepiece mixes steel and gold in its design which contributed to its model name. It comes with a dial of champagne or black, luminous index markers, and luminescent hands. Plus, the winding crown also has the Tudor Rose.

Its movement is a robust calibre MT5612 (COSC). The self-winding mechanism comes with a bidirectional rotor system. With these alone, it’s definitely a worthy addition to any watch enthusiast’s collection.

Quite an opulent-looking piece, isn’t it? Tudor’s Glamour Double Date watch is available in either steel or bimetal versions. It features a 42mm steel case with a clear case-back. It also has a dial set with diamonds and a small seconds hand positioned at 6 o’clock.

What makes this piece unique is its double window date feature in the 12 o’clock position. Moreover, it is powered with a manufacture calibre MT5641 (COSC). This watch features a self-winding mechanical movement with a bidirectional rotor system. It also has a power reserve of 70 hours and is waterproof for up to 100 metres.

If you’ve wanted a luxury watch but couldn’t afford one as expensive as a Rolex, then Tudor is definitely the next best thing. The pieces listed above are some of the brand’s best timepieces, ensuring that every penny you spend on either of them worth it! Which one caught your fancy?