Whenever buyers look for a timepiece that can act as a statement piece, no other watch comes to mind but a Rolex watch, whether it be a classic Submariner or a newer model like the Yacht-Master.

If you happen to be in search of something to define you, the Yacht-Master, which has multiple variations, is an excellent choice. Among its newest versions is the Ref. 116655-0007 which boasts a luxurious and sophisticated design. But before we get into that, let’s talk a little about the Yacht-Master’s history.

The Yacht-Master’s design production began way back in the 60s. The making of the watch itself was rumoured to have been an attempt to upgrade the popular Submariner. However, the team at Rolex decided that it would not be a viable contender in the market. As such, they shelved the design until the early 90s.

In 1992, the Yacht-Master collection was finally released to the public. Rolex’s most expensive watch soon became a hit and with a few unique tweaks to its Submariner-like design, it quickly elevated to iconic status in Rolex’s catalogue.

In 2012, the latest versions of this watch were released, and they stood out for many reasons. For one, the Ref. 116655 comes in two classifications: one with a stunning black face and one with a face of diamonds which we will look at in this article. 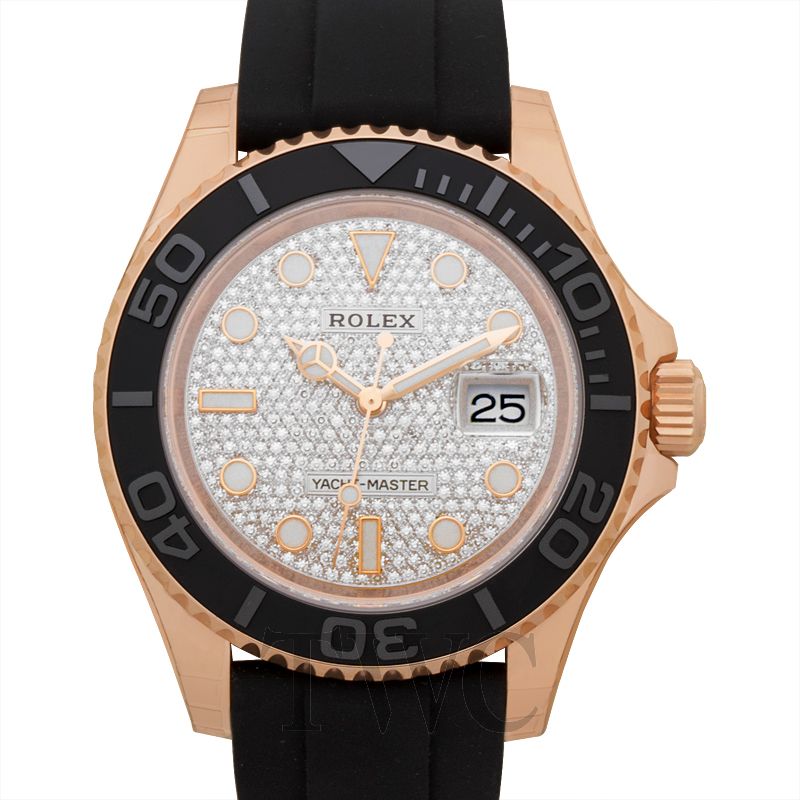 This model and its counterpart have such a distinctive design that they practically have turned the traditional Rolex sports watch on its head. This version, in particular, has the same high-quality movements and standard 40mm case measurement. But where it strays away from traditional designs is in its case material.

Most Rolex watches are either constructed in stainless steel or the proprietary blend of gold and stainless steel called Everose. However, the Yacht-Master Ref. 116655-0007 uses a wholly different metal thus making it more of a luxury watch than just an ordinary sports watch.

This feature is one which makes this model stand out from the rest of the other Yacht-Master pieces. Though still measuring a standard 40mm case in diameter, the material used for its construction is 18kt gold Everose gold which consists of a proprietary mix of gold and platinum that radiates a unique hue. This is significant because though the metal itself has been used on other models, its application on the Yacht-Master watch is a first.

This watch’s case has all the styles and designs that watch collectors are familiar with. However, most notable is its triple-lock crown which is highly water-resistant and consists of scratch-resistant glass.

The bezel is another aspect of the Ref. 116655-0007 that stands out. It consists of a matte back dial made of Cerachrom. Not only that, but its numerals and indicators are designed with high gloss to contrast the matte blackness of the dial itself. This is a unique design for the Yacht-Master watch which in the past featured numerals and markings which were raised as opposed to having flat gloss stylings.

This version has a black dial which is a new feature for the Yacht-Master watch. As mentioned, it is designed with matte in contrast opposed to many other black dialed watches on the market. Furthermore, its watch face has a little bling to it and is decked out with diamonds.

Another aspect of this watch that is distinct is the bracelet itself. Though it seems like a simple rubber band from the outside, it actually consists of more eye-catching design features. The rubber part itself is flexible and durable while the metal blades that form the remainder of the Oysterflex bracelet uses a thin application of titanium and nickel mixed together in a durable alloy.

Laid over the blades is an elastomer which is intended to help make this watch extremely comfortable to wear. The addition of this coating works wonders. And though some watch collectors may be sceptical, we promise that once you’ve tried it, you will definitely realize its allure.

Lastly, this version features a specially made strap. As such, it cannot be used on any other Yacht-Master version or Rolex watch.

This model uses the same calibre as the iconic Submariner 3135, and so you can bank on a reliable precision instrument for timekeeping. This movement has been used since the late 80s. It uses 31 jewels and can maintain a power reserve for up to two days.

One of the best things about the movement is its use of the Parachrom hairspring. This mechanism helps maintain balance and reduces the shock from vibrations as well as the impact of variations in temperature.

The movement itself is also highly resistant to rust and corrosion due to the inclusion of Rhodium in its design. In fact, it is COSC-rated and is renowned the world over for its accuracy and durability.

Overall, the Yacht-Master Ref. 116655-0007 is an excellent watch for any collection and an exceptional timepiece for anyone who chooses to wear it.

How Much Does A Rolex Yacht-Master Cost?

As mentioned, Rolex’s most expensive watch comes in two classifications. The one just discussed retails between $43,000 and $47,000 depending on the dealer you purchase it from.

How Do You Set A Rolex Yacht-Master?

The Yacht-Master is not just a pretty watch. It is also capable of being used as a yacht race timer. In order to protect it from any sort of water damage, it is built with a triple-lock crown that helps encloses its internal mechanisms and the movement. But even with all its fantastic attributes, you may still be asking yourself exactly how you’re supposed to set it.

Here are the basic steps on how to set the Rolex Yacht-Master: 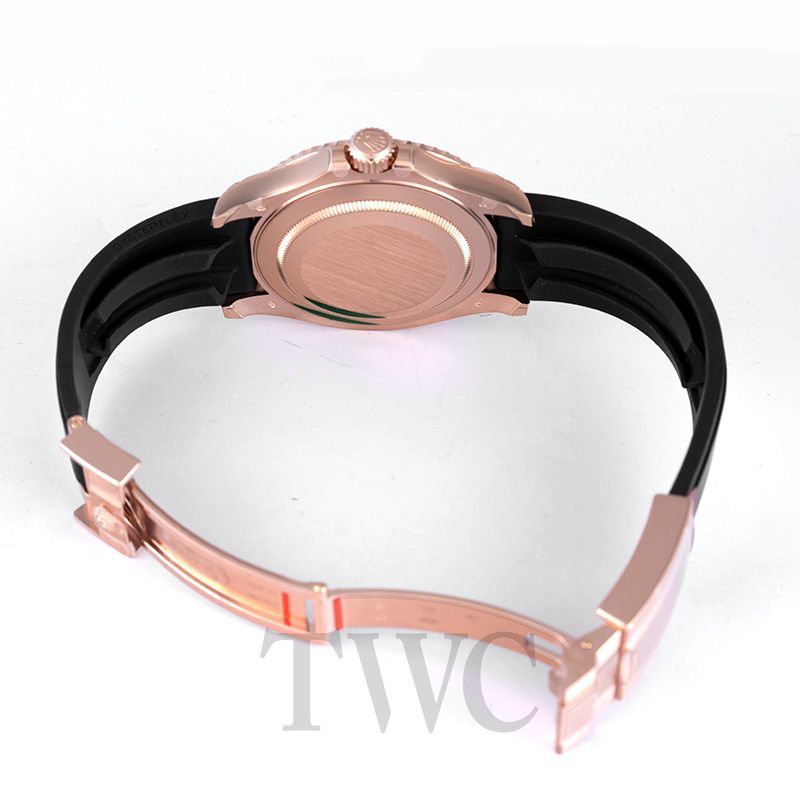 There are many other watch functions that come with this watch other than a basic time tracking function. So here is a little look at a couple of its other capabilities and how to use them:

This watch is crafted to be a beautiful accessory for sea adventures while also being a luxury statement piece. It brings together both style and function with its elegant watch face and its patented attention to detail which everyone has come to expect from Rolex.

As mentioned, said watch is powered by a functional movement and consists of a design that provides every watch collector with a durable, stylish, reliable timepiece.

All in all, the Yacht-Master Ref. 116655-0007 is a unique and stunning addition to any watch collection. Since it is built with high-quality precious metals, it may come with a hefty price tag, but that is just the price you pay for exceptionalism.

If you enjoyed reading this article, why not explore The Best Rolex Chronometer Watches.