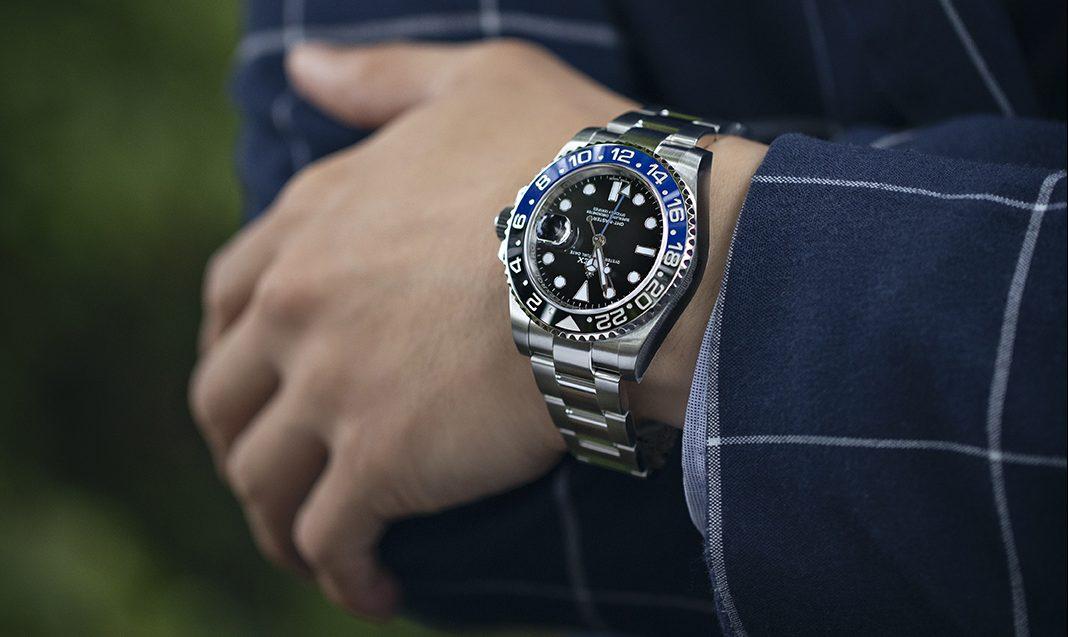 It is quite an unusual thing to see Pepsi come toe to toe with Batman, but the Rolex GMT Master II has managed to create such a scenario. Rolex is a company that everyone respects highly for their top-class watches. The level of craftsmanship and innovation it holds is second to none. So much so that it is the most pirated watch brand in history. This level of devotion is quite clearly visible as soon as you hold an original Rolex watch in your hands. Among these classic watches are two iterations of the GMT Master II, one of their most popular watches ever! It is certainly interesting how two watches that are almost identical are also so different. The intrigue that has come along with these two watches is quite fantastic. It is no surprise therefore that everyone wants to know which one is better.

We will start with the original watch first, that being the GMT master II Batman which launched in 1955. At first glance, we see that the biggest difference between the two is obviously the bezel. The Batman has a combination of blue and black color — the black color giving get the identification of batman. It is also notable that the Batman watch is the first watch ever to future a bi-color bezel. Combining the two colors on a single ceramic ring was impossible. However, Rolex managed to do that using their patented Cerachrom technology. This feat led to the inception of several different models that featured the same dial type. The dual color is not just for fashion either as it is used to differentiate between the day/night time in two different time zones. The Rolex Batman also exclusively offers the signature Oyster bracelet for the watch.

As the name suggests, you get reminded of the Pepsi logo as soon as you take a look at this variant. The bezel comes with the same Cerachrom technology that the original Batman watch boasted on itself. The choice of color for both the Pepsi and Batman variants makes us forget for a split second that they are both Rolex GMT Master watches. The blue and red color of this variant is obviously not an attempt to make it match a Pepsi beverage. The color scheme is actually very significant in this series as it is the original color of Rolex GMT Master. The series has used this scheme on multiple watches right from day one and the Pepsi watch is a tribute. The bracelet on the Rolex Pepsi is also a Jubilee bracelet instead of an Oyster bracelet. Some argue that this should also have included the Oyster bracelet.

While the primary principle of both watches is the same in operational terms, the fundamental difference is their movements. The Batman watch features the Rolex caliber 3186 movement. The movement is automatic and consists of 31 jewels. The diameter of the movement is 28.5 millimeters and it works with a frequency of 28,800 vph. The movement features a date function and has hands for hours, minutes and seconds. The movement also has an additional hand for 24-hour measurement which is adjustable as well. The power reserve rating for this movement is 50 hours, which is pretty decent for a movement as old as this. Rolex watches tend to maintain stringent quality measures in every watch and this movement is no exception. Therefore, the movement is COSC certified as well. As far as safety is concerned, the watch has a Parachrom hairspring as well which is a lot more shock-resistant.

The movement used in the Rolex Pepsi is a lot more advanced as compared to the Batman watch. That does not mean in any way that the Rolex Batman is inferior but it is a testament to Rolex’s constant will to innovate. The company filed 10 different applications of watch design patents while developing this particular movement. It has a self-winding mechanism that allows the watch to provide its own power. It is still 28.5mm in size which is identical to the one in the Batman watch. The number of jewels is also the same at 31 and this watch also has a 28,800 vph rating. However, the mechanisms of the improved and precise time telling, shock resistance, magnetic field distortion, and several others are present in this watch. The movement is also a lot more powerful and provides a power reserve value of 70 hours.

While the changes have been identified in the previous paragraphs, there is a lot of common ground between the two as well. The most common similarity actually stems from the display of the watch in the form of the bezel. We discussed earlier how the two watches have two different color schemes but we didn’t acknowledge the fact that both of them use the same manufacturers. The Cerachrom technology is one of the binding factors got both these watches and many others as well. Both the watches are able to measure dual time given the additional 24-hour hand present on the dial. Additionally, as we discussed earlier, the bracelets on both watches are different. However, both the watches feature the signature Oysterlock safety system which also includes a 5mm Easylink extension system.

Truth be told, it is quite easy to identify the fact that both of these watches are amazing. This is true, not just in terms of color combinations but in the overall design and performance as well. Both the watches have a sporty look with an almost identical market as well and it is no surprise that making a choice between the two is quite difficult. However, one may keep in mind the fact that the Pepsi watch is the newer of the two with a better mechanism as compared to the Batman watch. We could say that the final choice most probably comes from a simple preference in terms of color. We would love to know which one of these two Rolex watches you would go for and why