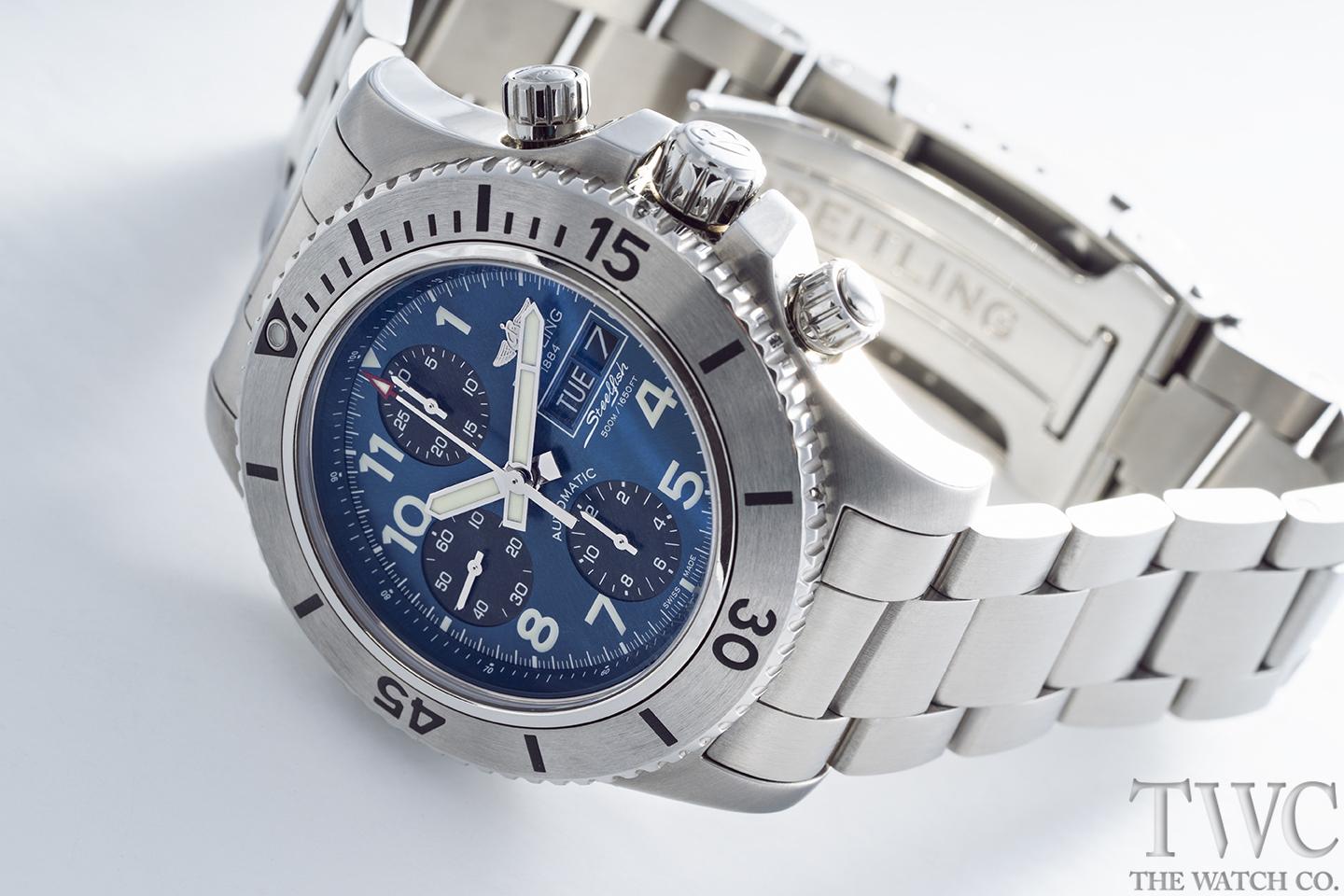 There are very watches in the world that is capable of setting as bold an impression as Breitling watches. The level of quality that the company has always delivered in its Swiss watches is beyond amazing. The proliferation of the copies that you find in the market is also a testament to how desirable this company is. It is not an overstatement to say that Breitling watches attract admirers like moths are attracted to flames. However, this boldness is not one of an adolescent’s thinking. The company has been around for a very long time. The massive amount of time has developed it into one of the best watchmakers throughout history. With the level of quality that associates with Breitling, it is no surprise that their watches are also amazing. We are taking a look at a collection of watches that we think represent the finest Breitling craftsmanship.

There are only a handful of companies that can really define what it means to have a historical pedigree. Breitling is one of those companies because of this particular watch. The Colt was designed specifically for the armed forces during the 1980s. The use of the Colt name, an arms manufacturing genius gives a very clear indication of its purpose. The Colt is a fine watch that offers options in both mechanical and quartz-based styles. The range of watches in this series is very remarkable for their performance and offer excellent value for money. Most of the watches feature rugged and sturdy designs with large numbers/markers. The series has a standard 200-meter water resistance as well. There are some models that also offer a touch of luxury. Some ladies’ watch models in this series come studded with gems and diamonds.

If you want a watch that offers both luxury and functionality, this is the watch for you. However, if you are a pilot or flying enthusiast of any kind, then this is definitely the watch for you! The watch offers a uniquely filled dial that offers chronograph functions. In addition to that, however, there are tools specific to aviation. The bezel ring markings are for helping pilots with the calculation of flight timings. One special tool is the slide rule that is a part of the rotating bezel. This is a patented feature that allows for the measurement of fuel as well. The Breitling Navitimer has remained true to its classic style for a long time. However, the company recently developed a new movement that is present in this watch, bringing it closer to modern times. All in all, it is an amazing timepiece that represents high standards at Breitling.

Breitling set itself as a major player in the watchmaking industry when it comes to aviation watches. However, it did not have that same repute in the world of watersports and diving. This was an issue that needed rectification. And rectify it did, with the most competitive move possible. All major watchmakers were releasing amazing diving watches in the 1950s. Rolex had the Submariner and Omega had the Seamaster, each getting incredible publicity. Breitling came to the show a couple of years later and in 1957 released the Breitling Superocean. This was a defining moment for the company. The watch featured an incredible 200-meter water resistance. This was twice the amount of resistance any other major producer offered. The practicality of the design is also visible if you look at the watch. The Superocean of today is capable of a massive 2000 meter water resistance and has a modern design.

If there is any watch that tethers the past of Breitling to its future, it is this particular model. The Transocean is a chronograph watch that followed in the footsteps of the Navitimer. The watch is basically a continuation of the traditions set by the Navitimer in the world of aviation. The name itself is very much derivative of the late 1950s when it came out. Since the 50s era is popular for the start of transcontinental flights, the name fits the watch perfectly. The watch did not see much action afterward but the company went back to the 50s in the year 2010. The relaunch of the Transocean targeted the creation of a strong bond between modern watchmaking and classic traditions. The watch is fitted with a modern chronograph but the aesthetics are starkly similar to the original 1958 design.

As the previous section tells, the company has established itself as a major watchmaker in both the aviation and watersports industries. However, one area still remained explored and that is motorsports. While there is no direct reference to any racing events, the company got its hands on a much bigger score. Partnering with Bentley, the company created a whole series of watches. The unique logo of this series is easily identifiable with the “Breitling for Bentley” branding on every watch. The series focus is to create watches that provide the ultimate fusion of Swiss watchmaking quality and the Bentley styling. This fusion has provided us with a whole range of stunning watches that we have come to adore. The watches are a fine example of both high-class and superior functionality. It is one of the most exclusive collections of watches ever born from inter-industry collaboration.

Breitling is a company that has established its name as one of the finest watchmakers in the industry. The company started from a small workshop in St. Imier making chronographs and has become a watchmaking giant. The history is full of stories of innovation, victories, crises, and amazing developments. Breitling is currently among the finest watchmakers in the industry and these watches here are a testimony to that. Owning a Breitling timepiece is not only a privilege but also a case of good fortune.